Pretty sure. The build is dependent on critting like most builds. Crit damage is generous in this game. Furthermore, no directional requirement so even when the boss turns your getting the extra damage.

Assuming you crit, which is why I value a higher crit rate than a lot of stuff you see on the interwebs.

OK, I did just test the atk power engravings. They all stack on character sheet. Not really relevant to Red Build since we shouldn’t use cursed doll anyways but good to know.

Build should be what I listed above.

Chart accounts for KBW chance of lower damage. Translates KBW bonus into % dmg increase. So, in short KBW is not efficient on LK as the innate cdmg lowers the efficiency.

The only difference is KBW being less unconditional compared to MB as you need to head-hug. But that is entirely another topic.
For raw number crunch and simplicity sake MB > KBW.

In the near future, if permitted for extra engrave, Mass increase/CD would be better options. (Assuming you went purple)

Thank you very much for this, very interesting and informative.

That chart doesn’t make sense. Starting at 200 cdmg with 100% crit moving to 250 cdmg is stated as a difference of 5%. I need to see some math for that to make any sense.

But that is comparing crit damage to itself. We are comparing it to MB. The extra 50% crit damage doesn’t just disappear because you have some before it.

Regardless, this would be easy to test in Trixion since its just switching one engraving. Would be kind of biased since its not an actual boss but should give a good enough idea.

for exemple with 100% chance crit:

Keen blunt isn’t giving us more true damage,(sometimes it can even lessen our damage)
It’s why in my calculation the damage is the same in both cases before using keen blunt.
it only gives us more critical damage " percentage " so comparing crit damage is the thing to do. But this chart goes even further by calculating the chances of losing damage.

Considering the directional nature of MB, I don’t think we are there yet unless someone maths it out for me because that chart isn’t cutting it.

The chart is correct so if you look the chart: MB is always better if you only use frontal attacks and especially if you have no trouble placing them (+25% damage) all red skill are frontal so its perfect.

if your frontal attack hit 60% of the time, it’s a 15% increase in damage in the best case

So If you have difficulty positioning yourself during a fight KB is better, especially if you only have 150% crit damage wihtout it. It’s only 17% damage increase with 65% crit chance but better than 0% if you never hit your frontal attack correctly.

so it depends on the player, the enemy mobility etc…

Yes, this is my point. And we really can’t tell for sure with out logging fights. Having thought about it though, considering we should be about 300% with a relic set on frontals we probably will be getting to that point that MB is consistently better. Alright you’ve convinced me. My GLancer isn’t there yet but good to have it planned out.

I think for that, my opinion is:
There’s always fight that favor some class over another, so instead of build a class trying to fit in as much environment as possible, we should try to build a class that emphasize on the specialization of the class to capitalize the advantage.
Theoretically, Keen Blunt can be better than Master Brawler in several situation, but as a player of Red Gunlancer you are prioritize to do frontal attack as much as possible. Getting Keen Blunt means that you are contradicting the core playstyle.

Yes and and there is the frontal attack bonus too:
+20% damage and +10% stagger/destruction

Even if a player use KB and not MB he still get more damage when the red skills hit the head.
Even if the player is not confident in his positioning he need to try for more damage.

So I think, for a padawan that doesnt really know how to play LK, KB can be better only during his training time for positioning. Once done he will became a true Master Brawler jedi, and got the frontal bonus +20% and the MB bonus +25%.

Can I brag a little here too?

Money is a little tight so I am still waiting for an affordable relic ring, but I managed this mvp on normal Valtan today.
Thank you again for this fun build. I see your Crit/Swift Ratio is about 40/60, what’s the crit rate on that and does it feel comfortably fast for you?

KB is not a great engraving for class that has crit damage modifier as it is additive.

MB on the other hand is great if you can land 60% frontal, and tbh your surge cannon and charge stinger should be higher than 60% frontal in a fight especially if you split the two out during the course of the fight.

At this stage, I am still running to mana issues on Deskaluda where I can spam and not care about mechs. Valtan feels great tho.
When I get my crit card set (dont have Kharmine) and mana gear I will probably buy the missing relic ring with swiftnes (rn the legendary is crit) to get to 30/70 crit/swift ratio.

lol I am missing Kharmine too, just need 1 more…

Here’s a clip of my Purple Lance at Deskaluda 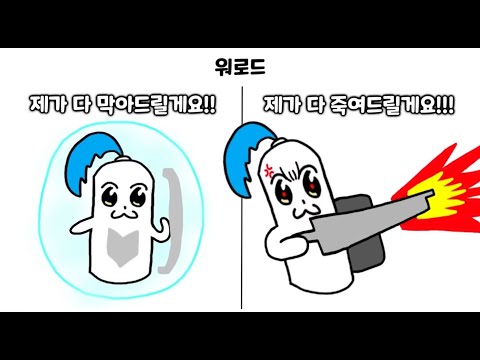 What made me change was my necklace upgrade to relic. Noticed I could squeeze in gunlance shot after Surge/Charge stinger in one bash buff with the swiftness upgrade. Crits are definitely more inconsistent as seen in the video , but still manageable (72%)