Absolutely love Lost Ark. So sad about my experience with PvP

I don’t know if it’s just me or the fact that I’m playing a bard, but PvP just feels so bad. My immunity shields don’t even compare to some of these other classes, and literally most every game is just me being tunneled by a deathblade, shadowhunter and sorc. Every. Single. Time.

To top it off, there is no group que’ing, so I’m constantly playing vs. not only poorly balanced classes, but I have two rely on two randoms to peel, time cd’s, pressure when I buff, etc. I don’t understand solo queue in a 3v3 setting. Elimination that sounds perfect and hella fun, but in a competitive group environment? What?

AND NOW, there are reports of hackers in ranked matches who are able to effectively get super low CD’s.

I am so frustrated because I love this game so much, but every time I get in an arena match I literally feel my blood pressure increasing because it’s so god damn triggering lol.

Seriously, there has to be something we can do to improve this experience.

Yes, we need to have party matchmaking and better public communication. It’s really annoying when you get a bad class match up and the opponents get the perfect matchup and wreck you

Personaly, I feel like Lost Ark is great game, with perfect basics to defeat LoL in “population” of competetive game (cool to watch, fast matchups, looking nice even for people who don’t know what’s going on).

But it cannot work with solo que working like that.
I’m after 40 matches. I feel so unfair with playing rated games as with 1.5k mmr I’m matched with 1.4k people, getting -30 if lose, +20 when I win.

With 61% winratio after 40 games, I’m still 1.5k mmr. I played 3 games 2v3 as someone ragequitted (so weird in 3 minutes game, but whatever), I really enjoy playing duels, but team deathmatch is the only que in rated pvp and it feels unfair and frustrating. If we cannot que up as teams for some reason, we should have 1v1 queue as second rated pvp matchup.

In perfect world, we would have rankeds:

Please give this post a little love, dev team showed that they already care about us. We can change Lost Ark for better!

currently the mmr system is the old one that KR used to use. They had to change it because 90 percent of players were bottlenecked in bronze. Its definitely an oversight on smilegates end and if they dont change it soon I think NA pvp is going to suffer.

we as a community should really push for team queue. GW2 suffers from the same problems, no team queue, bots are rampant in low elo games, and the balancing is terrible.

bard is literally s++ tier how are you mad

with perfect basics to defeat LoL

Lmfao dream on bro. League of Legends is in an entirely different category.

you suck pretty much, play more and learn

its a you issue. bard can stop anything, everything, everybody and anybody xd. the only 2 classes that are annoying are striker and gunlancer. vs blades u have to time ur sonic vibration better cuz their super armor frames last longer.

however, to be fair, is harder to climb with bard than with other classes

Last 2 matches 4 out of the 6 classes were sorcs lol. Games pvp is fun but balance wise its not even remotely close.

Class popularity has nothing to do with its strength, derp.

Lmao u cant be serious, im really hoping ur being sarcastic.

There are about 5 sorc in the top 50 us west. and about 10 bards. Sorc is much more popular than a bard. So since i see a lot more sorc youre saying theyre stronger? There are many cases where strong classes have low rep and vice versa in many games. Do people start to gravitate toward stronger classes? Id say so. Youre literally going up against sorc in low elo then saying there is balance issues like a complete deft monkey.

Personaly, I feel like Lost Ark is great game, with perfect basics to defeat LoL in “population” of competetive game (cool to watch, fast matchups, looking nice even for people who don’t know what’s going on).

Absolutely no way, MMO PvP is not aesthetically pleasing as LoL. It’s also not as straight forward, you get punished like crazy in Lost Ark based off one engage.

I really bad at PvP but i lost so many in a row that im cant enter PvP anymore (Q.Q) i was having fun even dough i was bad

just play normals, don’t worry about ranked until you’ve got a lot of hours in…no big deal if you lose

Hi what’s your real problem with your Bard? I have friend who have 1000h on his Bard in PvP (on RU) maybe you can check how’s he play. 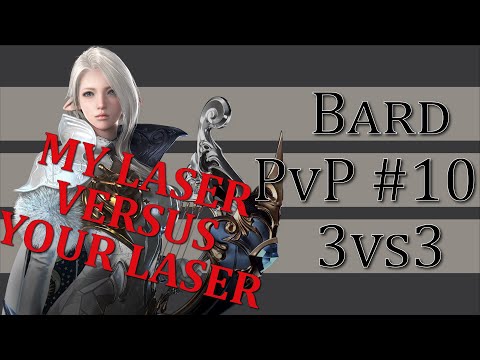 In my server the top rated player in pvp ranked is a sorc, there are more sorcs in the following top 20 in my server than any other class followed by paladin, deathblades and artillerist, there are a ton of sorcs are broken in pvp threads in these forums alone, even as many as there are deathblades are broken threads, almost every match there are at least 2x sorcs somtimes 3-4 in a 6 player match. I would think any rational person could put two and two together but im asuming ur a sorc player doing ur best to defend the situation hoping to save the class from some nerfs somehow, fortunately SG already stated they are in line from nerfs this upcoming balance patch, at least as far as ive heard.

Rankings are not server wide. They are region wide. What region are you in?