Right now I am having the worst time with a game breaking bug on one of my character, all of my characters are fine, except for this one
character name: Pallybabe
server: Kadan, Central EU
This bug is basically forcing my character to disconnect whenever I log on it/switch to a new area or instance/dungeon
first time it happened I was in South Vern, Bellion Ruins then it happened in Feiton-Kalaja, then started to happen in every city/dungeon

I have contacted the support multiple times, they were very nice and sweet, but unfortunately they cannot do anything beside moving my character back to Prideholme, which basically does absolutely nothing, my character disconnects still regardless 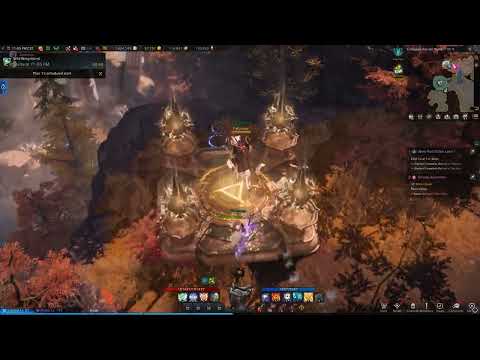 in that short clip my character is being spitroasted by the two bugs while im trying to do a very very simple daily which is killing the field boss, after I gave up on doing guardians anymore since I disconnect instantly and it makes me feel bad to ruin other players experience by disconnecting making it a 3 vs guardian situation

Here’s a list of things I have tried with the support so far
1- Moving the another location, did not work
2- Switching from DX 11 to DX 9, did not work
3- Changed the ISP, logged from a friend who lives 1 hour away from me, did not work (its a server/client bug)
4- Updated all my drivers, did not work
5- Took off all my outfits/fashion, did not work
6- A short temporary fixed that worked for me which was switching my character in the selection screen, but it’s NOT working anymore
it’s way aggressive now,

I can not blame the support for not helping me with it since it’s not their fault that the current client being such a buggy mess, literally a joke

Not being able to play one of my favorite characters (or even if it wasnt favorite) because of a “haha” bug that causes the game to disconnect whenever I log on it
is quite frankly disgustingly absurd, ridiculous and not acceptable

I have invested a lot of time, love and money in this game, please don’t make me hate it.

is there any developer or admin around?

I can not log on this character anymore, it’s in Feiton and it’s disconnecting every single time I log on it.

If the support tried everything u putted above, then i really have no idea, as it is also my first time seeing this bug, hopefully someone can help you, and i suggest putting this Thread on the game support or bug localization feedback for better detection of your thread

I’ve read some about your issue. try restart the pc, temporarily disable antivirus if you have any, and launch the game. see if it still happens

Did you try completely reinstalling the game and deleting all the settings folders through steam??

Edit: Idk if it’s ‘normal’ to disconnect after you get the icon stuck bug. Usually after I get it I go to character selecting screen and log in again.

I’m pretty sure has nothing to do with the game, but OS or conflicting software.
are you on win11 or 10? when is the last time you did win updates? gpu driver updates? are you on amd or nvidia?

it only happens on ONE character, all the other characters are totally fine
idk how a character can get conflicted with OS or some software
pretty sure it’s something related to the character files on the server or their way to block bots from the game, for some reason only this character got marked as a bot idk… i really dont know

I just reported whatever may be related to such error.

If not, as I said before, try to run it temporarily without antivirus or windows defender