Anyone notice we're getting less and less communication?

Sorry to keep bringing it up after yesterday but the CM’s seem to be responding less and less. And yeah there’s a lot of backlash, but this is a huge part of the reason why. Lack of transparency and proper communication. Amost 2:30pm EST before the weekly reset and we’re still in the dark. Pretty unacceptable.

People also need to understand that CMs work under a team whose superiors tell them their course of action, and if in this case is “do not speak about X things until we give the mark”, they have to follow those guidelines or they will simply just go against their workflow and may be exposed to lose their employing.

At this point we can just wait until they are released from these chains, and if we’re to blame someone, just blame the ones that are in charge of this poor way of managing the communication channels or the entire planning overall

Just give me big patch with lancemaster please 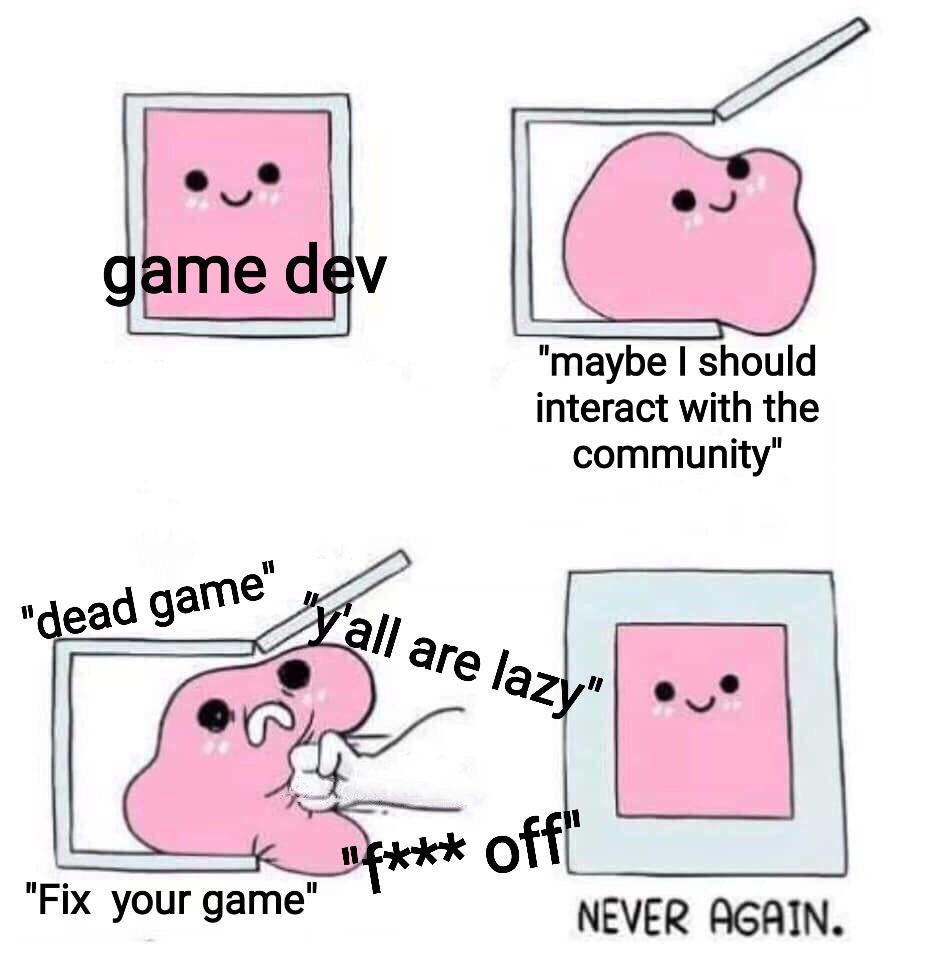 I agree that the CM’s should not be blamed for the lack of communication. It’s clear AGS is up to something. Hopefully we’ll find out soon what’s going on.

I understand and I really don’t want to point the finger at any one CM when I know if it was up to them they would tell us. But you can’t deny the communication has only gotten worse and not better these last couple weeks. It’s an easy trend to notice. This is only compounding everyone’s frustrations

So now they’re probably going to do what other companies do, which is almost total silence.

I’m not going to blame the overall community when this could’ve been mostly avoided by setting exact dates after the 2 month long wait we had for a roadmap. This isn’t meant to be an “I hate Roxx” post. This is just noticing we’re being given less and less. And ppl are only going to get more frustrated by that choice to go silent. More communication, even if it’s bad news, is always better than silence.

There’s fairly justifiable irritation that they refuse to set dates, but beyond that most of the threads on the forums are retreads of the same threads that have been posted since launch, and at this point they could post prewritten responses to most of them because it’s obvious they have decided that they’re decided on these issues and are fine that their stances make some people unhappy.

Lets be honest, they probably don’t want to share the dates for I don’t know reason and keep coming up with excuses and this is just adding fuel to the fire.

Exactly. Even if they were honest, sure some ppl will always be upset but transparency and constant communication will go over better with more ppl.

Personally I don’t expect anything anymore, it’s whatever.

If anything I feel like both this toxic “community” and AGS/SG and their incompetence and lack of transparency/communication deserve each other to the fullest.

Just as a side-note: Even if this game was identical to the KR version we want, if communication was crystal clear and everything was peachy, these forums would still be filled to the brim of whining and complaining by entitled people.

So it’s a lose/lose situation either way, welcome to the internet, and mmos in particular.

as a founder in limbo for almost a month, you guys are getting communication? There are just multiple posts talking about same stuff that has already been answered.
I swear they’ll never cry about “Wah wah, we want answers now”

You realize they nurtured the community into this state right? Constant miscommunication and/or no communication. The frustration builds up. If you are fine with this, great, you’re some sort of saint. But for the rest of us, we look forward to content in this game after a long work day/week. We look forward to knowing what’s to come and when so we can plan ahead as well.