Bots are Rapporting in Punica in early hours 4-5:00 AM

[Album] Bots in Lost Ark rapporting in Punica for gold 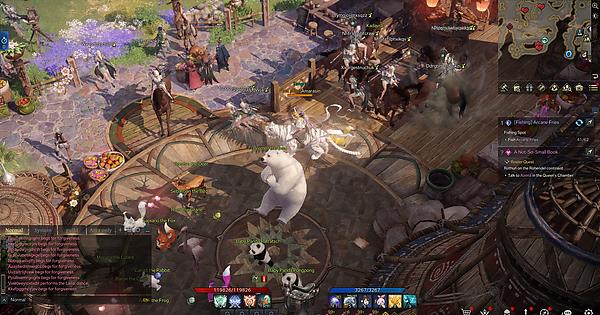 Seeing all these bots always makes me wonder. Does reporting them actually do anything lol

I think no, or maybe 1 day ban It does do something, but the bans don’t happen in real time.

It does something, wastes your time you spent on reporting

This is the biggest source of gold for bots. It is very convenient to abuse with mass numbers. You literally can get thousands of gold by using few emotes/songs.

Not removing these with the release of free powerpass and 1370 global buffs is the indicator of competence of both parties.

WRONG!
They also sell legendary engravings and there are people doing busses for bots.

Not punishing real players in everyway is incompetence, okay

im sure 5k gold from rapports will get them far Definitely the reason
i think they should stop banning them at all so we can start going back into the millions
bigger numbers bring all the ladies to the yard right?

if you guys saying any other game are have bot to, yeah they have bot but really good for handling the bot and anticipated that bot will never comeback with same pattren… u guys are the worst interm of handling the bot for sure @Roxx @Shadow_Fox and also if you are seller that rmt on AGS game you will never got ban… at least u can ban the seller if you won’t ban any buyer. @Maselbart

True @Roxx and @Shadow_fox are the worst at handling the bot problems. I’ve actually not seen either of them ban a single bot in the past 7 months?! Why isn’t ags firing them i don’t know right?

rmt on AGS game you will never got ban

mind testing that hypothesis for me? i’m interested in this idea of yours
don’t forget to post your findings afterwards

You cant blame bots on every issue the game has, making a fluctuating economy in the first place is the death of several games