Chaos Dungeons - Am I being delusional?

If i recall correctly, last week Sun level 2 would give me around 516 Guardian Stones with 2 runs and with Yoho i’d end up somewhere around 800, i think it was about 781.
But don’t quote me on that, I could be wrong.
I just remember that the number after 2 Chaos runs started 5 and after Yoho it started with 7.

Noticed it as well. Reward quantity is very inconsistent with sometimes more than half of my bag full of items and then some times when I struggle to even fill 3 rows. I think SG collected the data and came to the conclusion that players are actively avoiding doing guardians because

B) Fatigue inducing, especially if asked to do on multiple alts.

Feels like they decided, “Yea, lets make chaos dungeon loot table inconsistent to make people pick up GR again for honing farm”. Or at least that is how it feels to me.

Oh im so dumb i thought it was a real question and not a troll, well you learn something new everyday i quess

I literally killed the boss after 1st portal and I only got silver with a bit of honor shards. Something is off

I am basically not prioritizing chaos dungeons atm. I do them with rested (which also doesn’t help) but they are essentially not rewarding more often than not on NA/EU.

Appreciate these reports! We’re having the team look into the potential issue; seems like something similar may have happened with the KR version in the past, so we have a lead there

I run 6 Tier 3 characters, three at 1385 and three at 1340. I noticed drops seemed much less starting three weeks ago because I started climbing higher in tier. Thinking RNG being what it is that’s fine.

In chaos right this moment about to start Level 3 and this is what the Level 2 boss dropped for loot. Tickets seem to be relatively equal to before only skewed towards cube this week and expected RNG. I get a ticket every 3 runs using resonance or so.

If this were Diablo, I would say that there is a “no drop” check that is functioning abnormally because in a thousand hours of game time I have never walked away with less than 10 jewelry items in 2 runs using resonance as I have recently and seen a Level 2 boss drop such crap.

Maybe it was just time to get bad loot but it seems to be happening on multiple characters. I’m lucky if I see two pieces of jewelry/tripod items drop from the Level 2 boss from either difficulty, 1340 or 1385.

Of course, it could all be figment of my imagination and after reset tonight I will start coming away with half an inventory full of loot again as if nothing happened. Only I don’t expect that to be the case.

not really the 1325 has huge issues. somedays it drops normally, some days it drops like you have not anymore aura. same thing happens at the 1355 one tho moreover, some big red bosses from stage 2 are not looting ANYTHING we need an investigation

Here’s the sum of what came from the run. The real big notice for me was when I started getting less honor shards asking myself, WHY?

I had 126,000 and change on this character. After two chaos runs at 1340 I earned less than 700. Where do the bulk of the shards come from, the bosses or the trash? I honestly don’t know.

What I do know is that since I froze my character at 1340 all it has been doing is accumulating material. At 700 honor shards per two runs it would take me 90 days to accumulate 127,000 shards. It’s only been at 1340 for a month. There has been a huge drop off in honor shards at the very least.

The rest of the loot is simply hit or miss. I ran two 1385 chaos this week and came away with 7 total items. Here’s the sum of the runs I just did.

Thank you - would love to hear some confirmation on this.

It’s unfortunate but if there was a nerf, I’d rather hear it from you guys than just keep second guessing myself.

This is true. I’ve gotten almost nothing several times recently.

This would make alot of sense. Compared to 1 month ago I consistently get around 50% less tickets and red/yellow portals. Even though it’s rng it should still be somewhat consistent

Why tho? she said it may be a real issue cuz a lot of people are reporting it, im getting about the same drops i have 7 characters in T3 and i run all of em then save all the loots in my storage inventory and i get almost the same drop EVERY day since weeks ago. Nothing has changed for me

Same as normal for me in the chaos dungeons, never noticed any difference.

Hmm, I’ll keep an eye on my Chaos Dungeon drops. I don’t think I’ve ever seen 800 Guardian Stones in combination with Yoho tho. I am, however, drowning in Cube/Boss Rush tickets lol.

Appreciate these reports! We’re having the team look into the potential issue; seems like something similar may have happened with the KR version in the past

If you want to try to narrow down the problem, this started happening around early March 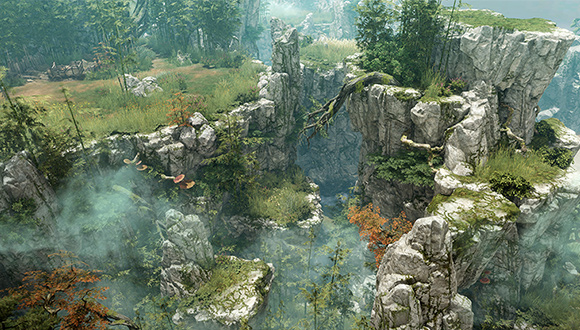 Staying transparent is important to us, and we want to share updates about the game and any issues we are working through with you as consistently as possible.

This update in particular something happened and I started noticing increased variance.