Yeah so I was trying Argos for maybe the 3rd time to get my first ever clear. Finally got a raid group where everyone seemed to know what was going on except for someone who said it was their first time. We let them know about 1234 NESW and we rolled with it. I survived passed the second clock dial phase and ended up finally getting put down a few mins later.

While I was downed my internet spiked and I DC’d for a split second which forced me out of the server and LA had to shut off. I reloade the game and re-joined the server, made it back just in time to see that the last people alive downed the boss. It was pretty cool to see that I was even on the side bar of the MVP page!

Unfortunately, I didn’t get any loot from it. I wasn’t able to open the “spirit chest” box like at the end of other dungeons. I am unable to re-join the raid again this week as it shows my limit was spent for the week and I have pictures for proof. 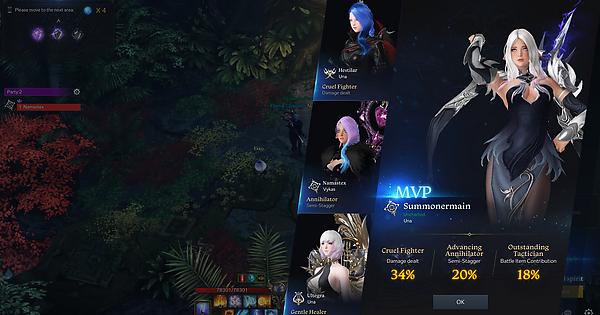 The last picture is just a picture of me looking down at the beast. He was looking a little staggered down there and groaning while swaying back and forth lol. Idk if he’s supposed to be like that as I’ve never past him before but I thought it was funny he was still moaning around down there.

I talked to support about this, but they said they couldn’t help me and told me to make a post about it here. So here I am, unable to claim my reward nor am I capable of trying again, sadge.

last picture is just a picture of me looking down at the beast. He was looking a little staggered down there and groaning while swaying ba

I got dc’d from the server maintenance which for some dumb reason was saturday at noon PST. logged back in after it. CANT GO IN RAID. lost my weekly attempt… so frustrating

youre outta luck man, this happened to me last week and i didnt get any reimbursement or help from support at all, just had to wait for reset