Do not nerf any abyss boss

Literally Do not nerf any boss at all. If they cannot clear phantom palace, or sea of indolence, they cannot clear Argos, Valtan, Vykas, Kakul saydon, and even Brelshaza. What they are having hard time with is just training the BASIC OF BASIC for future content of Lost Ark. If they are not able to clear now content boss, THEY WILL NEVER GET CHANCE TO CLEAR future raid. Making game easier does not make it more fun, but more boring. Even Alberhastic is already nerfed from release date, and people are having hard time to clear it. What they have to do is keep try and try, spend hours on it and be used to raid mechanics. SO DONT NERF ANY BOSS. They HAVE TO have hard time.

Nah, they will nerft it. Otherwise they will lose most of the playerbase (casuals)

Aint nobody let their paying custoemrs leave. This is Amazon

Any source on that? 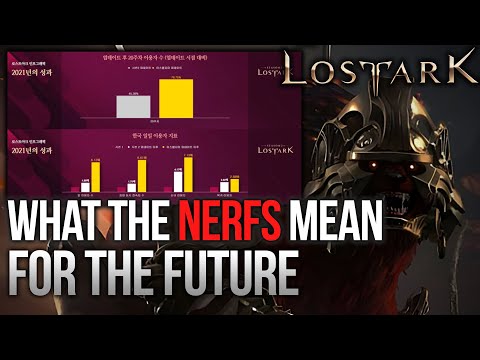 watch that and stop crying about any nerfs… holy hell.

Don’t worry, they will also nerf legion raids to cater to the fragile snowflakes who can’t even be bothered to use potions in Guardian raids.

Did you read what I said. We’re both pulling stuff we don’t know fully out of our asses

Did he clear Brelshaza 5 6 hard mode? I’m just curious about it. And, I have never said “Learn” on my paragraph. I said “Training.” “Training” and “Learning” is different. Like you learned something from University DOES NOT meaning u can work at industry with high work force. They will say u know nothing even though u graduated Harvard or whatever. like knowing “blue is counter” is learning, but training is like u prepare for stagger time or predict next pattern and controlling cooldown, and react to some situation that is made by other player’s mistake. This is what i am talking about. U CAN NEVER BE TRAINED IF GUARDIAN IS TOOOOOOO EZ. Ye player base? if Amazon is thinking about player base, then give us all challenge guardian and all legion raid and hyper express ticket for some needs requested by user. Ye, why dont we get some avatars(skins) that we have in Korean server? oh why not change Mari store to use gold instead crystal? Sometimes they have to ignore stupid opinion. In Korean server, some stupid players requested to remove party mechanics(for example, Phantom palace piercing light mechanics). So, did they listened to player requested removing mech? NO THEY DIDNT. because it becomes TOOOOO ez then. Like now guardian is easy already and requesting to make it easier? thats dumb. YES If you feel now guardians too hard, then this is not ur game. just go WoW or POE or New world. That’s it. You won’t be able to clear any of Legion raid. so just stop play lost ark.

Yes, he cleared every content on normal/hard. He knows what he is talking about.

oh then he’s veteran. Because I don’t call people “Veteran” who did not even clear Brelshaza 5 6 hard mode. But it doesn’t change my thought. My opinion, they should keep try all raid like heading to a hard rock until their skull is broken.