Now that it’s been confirmed that it was possible to dupe founder pack rewards maybe AGS should just make the chests/items untradable (account bound), as they should be from the beginning according to AGS Community Manager’s posts from before the head start.

This is such a joke, I’m getting the New World PTSD all over again, and knowing how dupes were handled in NW I’m refusing to believe any “we removed 90% of duped items” messages that will probably come soon from AGS. 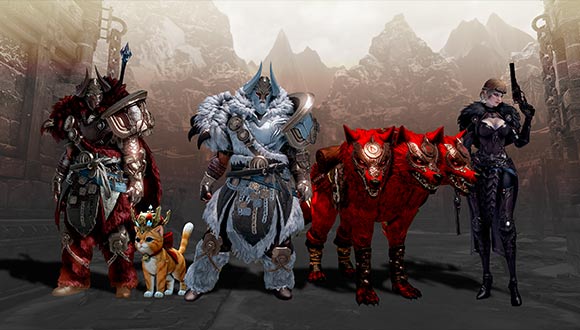 Players have let us know one of the reasons they are reluctant to switch to lower population servers is because many of them have already redeemed their Founder’s Packs on another server. To help combat this and make exploring new servers a more reasonable choice, we will be granting ALL Founder’s Pack purchasers that redeem their pack by 12 PM PT (8 PM UTC) on Monday, February 14th an extra set of the exclusive items from the Founder’s Pack they redeemed (e.g., the Founder’s Exclusive Pet and Founder’s Title from the Bronze pack; see full list below) as well as some additional Royal Crystals for Silver, Gold, and Platinum Pack purchasers.