So I’m trying to use the letter and it’s telling me I need to complete the tower of thanks quest.
I’ve completed the quest and to show that I’ve done it I’ve screenshotted the adventure book showing that I’ve completed the return trip quest.
One of the prerequisite quest for the return trip quest is the tower of thanks.
So why won’t the game let me read the letter and asking me to do the quest that I’ve done already?

Did you solve this issue ? I’m having it too.

Still bugged, has been for months, only response from devs is that we are missing quests, but a lot of us have completed everything and it still doesn’t work so i don’t know

EDIT: I had to go to one of the book quests on a DIFFERENT CHARACTER and repeat the quests i had done on my main in order to unlock the Tower quest. For reasons unknown to me i was able to finally complete it on my alt, unsure why my main was unable to complete it though. I suggest trying to go through the quest line again on another character. Good luck!

Seems like a bug or an over sight but only the character that accepted the original merchant quest can accept this one. Being that it was a tome reward and a 2 second quest there is a high chance it was completed on an alt.
My best suggestion is to try it on all your character and see if that works.

EDIT: Also there a a lot of secret quest in Rohedel so make sure those are finished. I have no Idea what the trigger for being able to accept the quest actually is.

For rohe chain quests, your contribution on alts will not count towards other characters as I believe they are not roster quests. Hence you need to complete the prerequisites on same character to have all of requirements checked out.

Just try to use the quest letter on your character with feiton pass. So you dont need to try on every character. 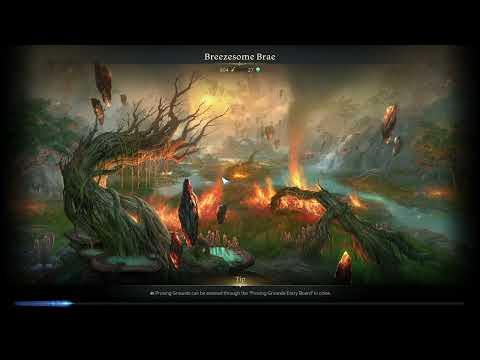 Watch this video, there are 6 hidden book quests to complete in Rohendel. For me it was on an alt to complete. As you follow along search for the quest, you might have it done. Hope this helps.

Works for me ! Thank you dude

[Lost Ark Guide: Tower of Thanks Pre quests 6/6 locations.] Watch this video, there are 6 hidden book quests to complete in Rohendel. For me it was on an alt to complete. As you follow along search for the quest, you might have it done. Hope this helps.