At how much AGS charges for RC? There isn’t anything in the game worth spending that much for.

At how much AGS charges for RC? There isn’t anything in the game worth spending that much for.

if people weren’t so quick to dismiss legendary skin yoz jars.
BC prices would be more stable since whales could of spent more and we’d have more supply.

People have nothing to blame but themselves for rejecting a core product that would of helped BC prices instead of like now.

and whales have nothing to spend RC on so they just leave waiting for next content so the gold gets piled up like crazy and then used to pump books/gems because excess gold.

They rejected the product, not us.

You think for one second AGS/SG cared at all what the players themselves wants in relation to something that would have made them more profit?

Lets be real, it brushed up against something that would have either caused them some kinda legal or branding headache in NA/EU or stopped them from being able to publish the game elsewhere so they cut it.

They cut it until they can either get around what was blocking it or so that they can continue to release the game someplace.

They let people hone to 1575 right out the gate but considered 1% dmg buff from a skin to be to p2w? come on now

Just read his name, all will make sense. Cheers.

If anything blame yourselves for not spending more on the game.

Just read his name, all will make sense. Cheers.

people are using 10IQ since launch.

People tell others to “make more alts!” as advice

now that people made more alts, prices of books/gems/BC shoot up and now they dreading the prices because people making too much gold from alts so why would they spend real money?

should of been telling people

so you actually had more advantage first.

idiots i tell ya

wow imagine calling someone who plays 1000 hours, 4 hours a day procrastinate, lets say its true, how about the new player? do they “procrastinateing” as well? how could they buy the leggy books in the future? even if everyone buys the book s earlier it will just increase the price sooner than this, my issues is this leggy book have to be accessible to everyone not just the whales, its okay if the prices are about lets say 8-10k each but its FIXed, meaning everyone could plan their weekly income to buy the books.

the prices are so high right now due to the crazy high demand. as more and more people get there 5x3’s the demand drops.

a few months from now these books will be cheaper, atleast proportional too inflation.

if people had bought these books earlier they wouldnt be struggling right now.

imo the best example of this are the BT zerker books as they are some of the cheapest class engraving books u can get but right now on NAE they are around 4200 now when they were 1000 then 2000 previously.

imagine being the guy buying 20 books for 4 times the cost as someone who bought them earlier.

as demand builds so does the price.

imagine being the guy buying 20 books for 4 times the cost as someone who bought them earlier.

I got every grudge book for under 6k back then, now peeps need to spend 27k+ for each one on SA, my evil side just laughs.

The only book going down is Grudge I think

remember when it was 16k haha. Now 5-6k NAW. But to be fair everyone makes more gold now than we did before. So I guess it makes sense. Just completed my cheap 5x3 build, 42k for all accessories (not counting pheons price) Grudge books x20 price from 5-6k ea, Class book ranging from 9-11.5k. Not too bad. Decided to go books because of those disability stones zzz

Oh no! Here pick your answer 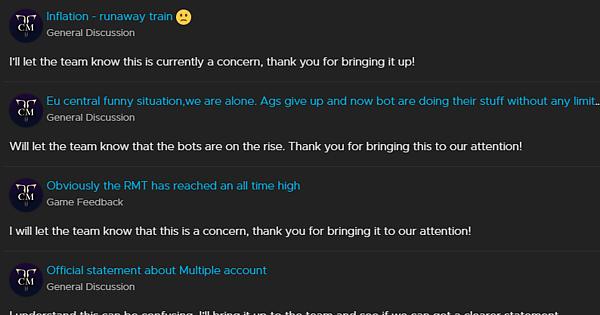 Playing and purchasing items when they were 1/4 the price are two different things. 1000 hours doesn’t mean you didn’t procrastinate.

yeah lets say its true though, i did procrastinate and i most likely wont be able to get 5x3 , that doesnt answer the other issue, how the new player will cope up to this kind of price?

By the time they get to the point that they need 5x3 people will be able to carry them in regards to damage and also the prices will begin to drop.

Oh, don’t worry about it. Pretty soon those prices will grow even more, because bots now would rather sell engravings and accessories for RMT. They mega spam any game content that drops lego books and sell them for cash.

just blame stoopz and zeals. Everytime they make a new class, the books jump 20-30% for the class.