Is this even possible? I don’t mind classes being gender or race locked for the good of lore, but it really hurts my brain seeing the female models in high-heels all the time.

I know this is a fantasy game and all that. Nevertheless, this and ultra sexualized models are the reasons I have never sticked for long with many eastern games that, otherwise, I liked a lot and I would have liked to play more.

The skeletons for the animations take the high-heels into account, so if you make skins without high-heels, they would look like they are tip-toeing.

Then stop playing eastern games. The visuals are obviously not for you.

Is it the case in Lost Ark? I have seen in other games skins like animals that I have used.

Skins where you don’t see feet/shoes, like let’s say a big bear costume, can hide the “real” legs and add pseudo feet that touch the ground properly. But then technically you probably get a bear with longer than normal legs, just that it’s not that obvious.

No. You complain about visual style. Then proceed to veil your “threat” you might stop playing because of it if the game doesn’t change for you.

And no, I don’t buy “I just want more options”. They made the game this way. It’s their right ti artistic expression and it is your right to refuse to consume their product in return. The majority of people are fine with it.

People like you are the reason why the West is seen as weak. We don’t need extras. We can be fine as is just like all the other millions of people who already play it. And if you aren’t? Well, good for you we live in a free market society.

Yeah: animal skins, deity entities or crazy forms (the cubes in Tortoyk)… that is where I have my hopes. Although I recall seeing a chicken costume in high heals in some other game xD

Do you know if this type of skins exist in ohter Lost Ark regions?

I do have seen games with different skins for shoes, e.g. military boots or heavy armor without high-heels. Maybe there were single player (I know this is too much for an MMO), don’t remember…

Just to clarify, I am talking about my characters and my identification/ inmersion with them. Not about other pepole’s chars.

I am not complaning about anything, I am asking a question and as I far as I see you are looking for a brawl. I pass.

I haven’t played in other regions myself, but in this image, you can see some skins from the korean server. As you can see, an animation with high-heels wouldn’t look weird with them. 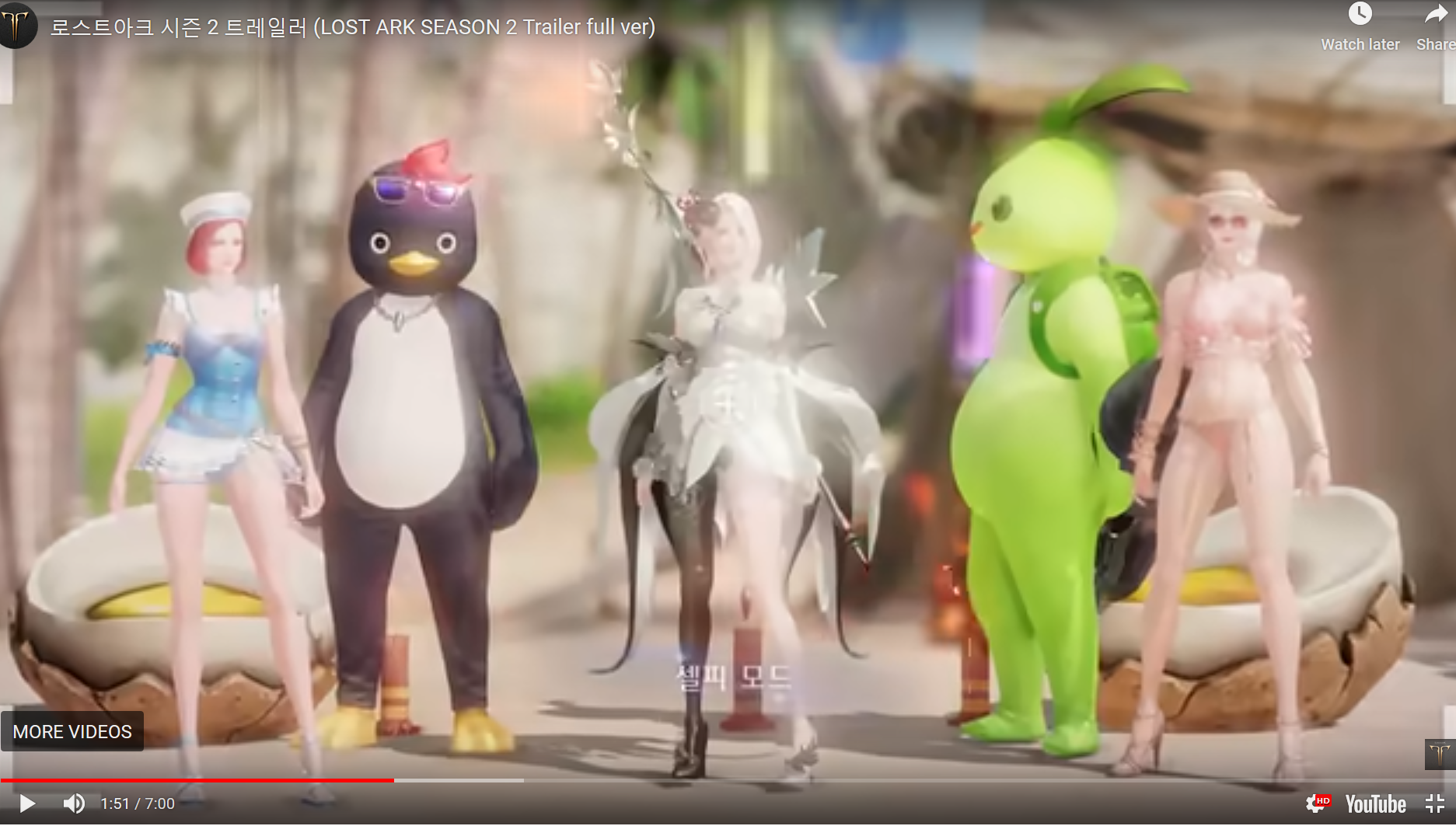 You are my hero. I see in my future a gunslinger penguin. Thank you

I did not notice until now but it seems that NPC female teenagers don’t use high-heels, until they grow up