Founders skin a whole or pieces?

Hello, so I’m not sure what skin/class I want to pick it depends on a few factors.

Can I wear just the pants and have a different top?

unfortunately we’ve got no confirmation about the founder skins being sellable or not. given that they’re only acquired from the founder pack i would highly doubt they’re sellable.

you get a chest containing the outfit inside it. each outfit has it’s own chest. you must open the chest on the specific class that you want it to wear that outfit. it’s not sent to your first class “open” no. you can put the chest in the account warehouse and pick it up on another class that you wanna use it on it.

How do I know which northern lawmaker skin goes with the class I pick? Like what will the gunslinger norther lawmaker look like?

we’ll get more information about how the skins look like ingame with the january update which means soon! however i don’t think it’ll be looking different based on every class when it comes to the lawmaker skin. else they would’ve posted different looks on the website so i would say it look the same on every female class / male class as you can see on the website.

I know on Russian and Korea servers they can sell and trade the founders skins, so I guess I was hoping for conformation we will be able to here as well

to us these skins are founder outfits and not normal outfits. same goes for the Korean version. they had different founder outfits unlike the RU version! but if you’re 100% certain you’ve seen the founder outfits not “these exact outfits we’re having as founder outfits” in other versions being sellable then i would say they’ll be sellable in our version too! ^^

So if it’s a crate I want to main a deathblade or gunslinger but don’t like those outfits, can I make them first to try and get the name I want and then transfer this crate to a bard or the class that’s purple with wings and open it later? Is that correct? Cause that will be sweet, for someone as indecisive as me that wasn’t able to play the beta I need time to decide but want to level ASAP and not worry about making the right outfit choice with the pressure of time!

you’ll be able to see how the outfits look ingame within the january update so you should be fine when it comes to liking them or not! that way you’ll decide which class you want to open the chest on. because if you opened the chest on a class that you don’t like it on it. for example if you opened it on gunslinger and you didn’t like it on the gunslinger. you’ve wasted it in that case and you cannot wear it on any other class.

here’s a twitter link to every single founder skin we’re getting. and how they look closely thanks to @Laufie

@laufiex
A thread of IN-GAME SCREENSHOTS of Platinum Avatar costumes for EVERY CLASS. Since the image posted on the Lost Ark website doesn't give you a good idea of what they will look like in game! ✨
Goodcoffee January 24, 2022, 7:01am #7

No I’m not! I had no idea it was like that… all I know is what I have seen on you tube and not sure if it’s correct! That’s why I’m asking here!

i would highly advice you to not take a youtuber’s word when it comes to asking questions about the founder packs etc. better get an answer from the CM’s than an assumption from a youtuber or twitch streamer. or look through the forums for any post about the founder skins that would be more helpful to you! ^^

With the shadow hunter skin can I wear a different dress with those boots?

the boots is part of the pants. if you wear pants that’ll cover the boots alongside it. in lost ark we don’t have that type of skins where you buy boots / pants / separated. here you wear the pants that covers the boots with it. like this is my Deathblade class outfit. only wears top/pants that took care of the boots with them. 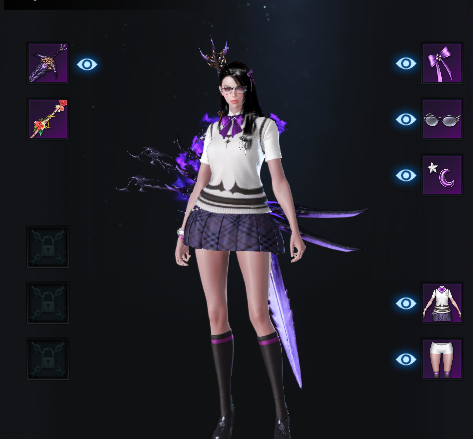 So how does a dress work? Is it considered pants? Or is it just her underwear and the boots that are the pants? Cause we see a tiny string for undergarments lol 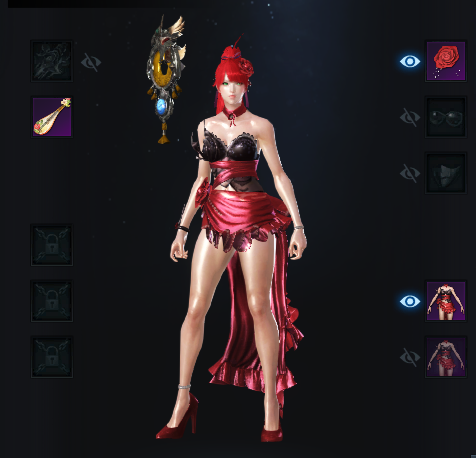 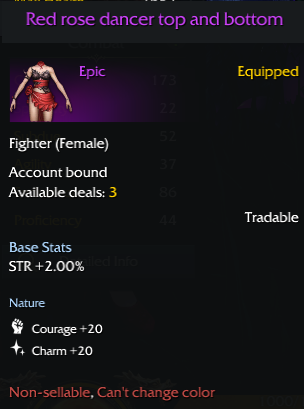 Ok this is helping a ton! I’m still not sure which plat founders I want but sounds like I can wait to decide! And I can put the lawmaker skin on the gunslinger cause I’m not a Wild West kinda person, so that’s perfect!

glad this helped you! as for the lawmaker i’m really curious on how it looks ingame! looking forward to it. we’ll most likely see it in the january update so yeah!

Yea me too! I can’t wait to see the further updates!