The switch to the Gold-Coins obtained from the Gold Shop may go a long way to combat the bots. Although I see an issue right away with them.

You cannot Alt + Right-Click and use an entire stack or even 10 at a time. You have to smash right click until they’re all used up. Not a huge issue imo. But it would be nice to use the entire stack at will.

Omg yes, it’s so annoying, not that I will die but still

i’m having that issue right now. no Alt and right click. have to spam use it.

“Go a long way to combat bots” … For about an hour till the bots release a patch to have them right click the coins in their inventory. Or do people really think bots can’t perform right click functions?

All this did was add tedium for their actual players.

Wth was the point in making them denominations of 50 gold? Is AGS planning on opening a carpal tunnel surgery clinic and this is how they are going to drum up business?

A cm responded in another post saying theybtold the team.

Yeah… Game is trolling us … xD 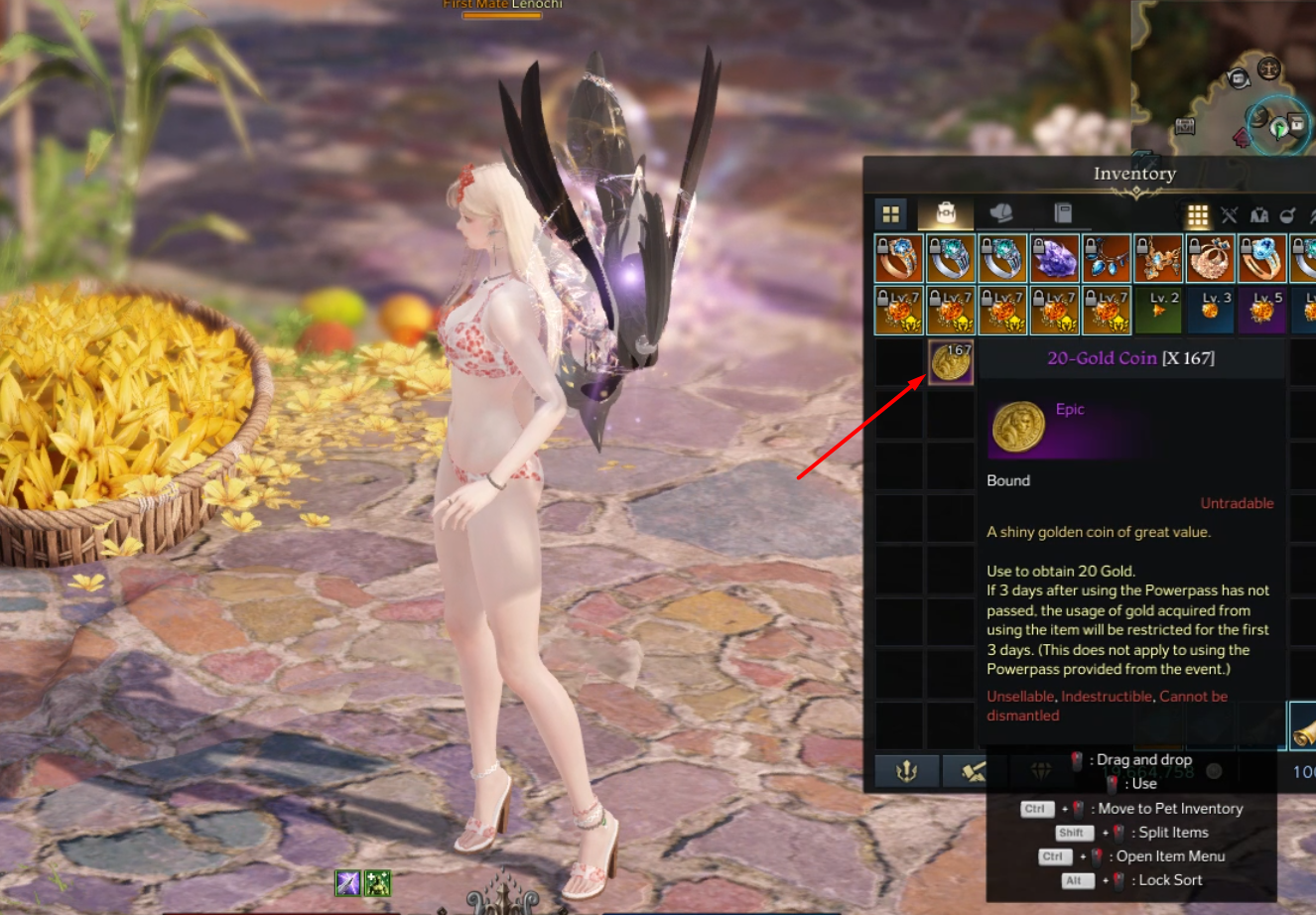 As it was explained multiple times in other topics, it provides a way to differentiate una received gold to combat fraudulent gold acquiring. I hope you are smart enough to understand that lack of bulk use was just slight oversight that will be fixed later.

Did you read the Text? The coins are not usable if you used a Powerpass the last 3 days…
I dont think the Clicking is intended, they might just not thought about it.

Its that Bots get Powerpassed so they can farm gold… faster.

Amazon: we want to get rid of bots, People: Ok but i have to klick now, your efforts are shit!

@Miriey These other topics all popped up around the same time yesterday, this was the one I decided to reply to. As you may have noticed this post was already approaching a day old before you even replied, those other responses likely didn’t even exist at the time I made that. I hope you’re smart enough to realize this.

Assuming all those other posts are accurate, this could have just as easily been solved by having each box issue a single bar/coin with the old value. A ‘use stack’ option would have still been nice since players will still be receiving ~3 boxes a week, but it wouldn’t have been 75.

@Legenbaer powerpass has been disabled for longer than 3 days, so not like it’s doing much at the moment. So while that may be a preventative measure for when the reenable it, it has nothing to do with how they, yet again, had a botched implemented of a new anti-bot system. I’d highly suggest SG work on updating their logging system if it’s so horrific that they need to convert rewards to coins just to differentiate source. That lack of granularity in their logs is itself inexcusable and shows a lack of foresight on it’s own and would go a long way if helping the debs/gms weed out the bots more than the implementation of inconvenient systems.

I am a clicker, I actually enjoy this bug. I’ll keep popping em on unity even when stack opening is made possible. Not everyone is the same