Gunslinger sucks and nobody wants them for pugs

The classes in this game are all extremely balanced

Not a skill issue even though it’s the most popular class in KR hell mode. It’s a really strong class, you just need to git gud

Is this a meme?

Besides not long ago GS WAS amazing, its only with the latest patch it seems many other classes overtake her in damage. I remember GS used to get praised all the time its just recently that things have changed.

EDIT: its not a skill issue, so try again

Have you tried getting the skill issue under control?

Since when I kept insisting? I had 2 replies to you. One of which ask you whats your argument. 2nd once just states deadeye has 2 skills that gives crit party buff.

And you’ve been talking about this ‘confidence’ since your first response.

lol, I do agree gunslinger is lacking some damage when you compare it to the other meta DPS classes (specially Sorc which is broken) but is still fun to play, and the animation locks shouldn’t be a big problem if you manage your skills correctly.

As for survivability, it is kinda true? but I get around this by keeping my distance except for the occasional shotgun burst when I know is safe, and even so I would do it when I have a dash available or I’m using Sharpshooter which allows me to change to my handgun stance and get away without using dash. also don’t use Grudge if you don’t have relic gear.

And you’re still saying he has only 2

Okay tell me which skill he has that give party buff?

Could’ve just asked that in the first place. Didn’t need to argue so much and look like a fool.

deadeye’s equilibrium doesn’t give party buff. Only gunslinger does.

You sure about that?

Gunslinger has amazing dmg, there is a reason why is a top pick in all hell modes, but it is not a safe class and it is not a cheap class. SO, you can either reroll or git gut at it

Ah okay, so it does have party buff but people just don’t use it. (and by people, I mean the top kr players)

I don’t think gs needs a buff gameplay wise, but I do think that the gems should be reworked so they are similar to shadowhunter gems, instead of having individual gems for each skills let us have 1 gem for each weapon stance that enhances all skills in shotgun/rifle.

The only thing I don’t like on GS are the animations and the sounds. This chars is like made for 13 yo people. Not sure why I feel that way but GS plays and feels like a toy.

Gameplay wise… I think he is fine.

Neither classes use more then one since it’s a waste of skill points. Especially gs because of how starved she is on them.

If you struggle with using spiral tracker/grenade off cd you have skill issues to work on.

Out of the two deadeye actually has an easier time to maintain the uptime since he is incentivized to stick to the boss like glue while gs can find herself out of range due to the sniper.

I wonder how many people here even main gunslinger. If all of your experience is with a gs at 1370, you don’t know gunslinger.

It is only when you have maxed out tripods, and got to 1445+ that you start to realize she is pretty subpar compared to other top dps classes

Maybe because they have a relic/ancient/esther armor that makes the tripod inefficient, maybe they use Precise dagger or maybe most KR players have enough crit chance so using the tripod is inefficient. Also they have more skillpoints which makes some builds more viable like the 7m build which is not currently possible in our version.

Whatever the case, their version of the game is different so is not a very reliable source to make your build.

1460 here, and yes, You do have heavy issues with catching up to other classes with DPS. Like there are so many variables we have to watch for during the fights, Animations, attacks, mechanics, every little detail, adjust to it, and don’t get killed due to our squishiness. Meanwhile some easier classes just release one burst or spam attacks blindly, with taking no care to animation locks and do higher dps. Like Slinger gameplay is just this: 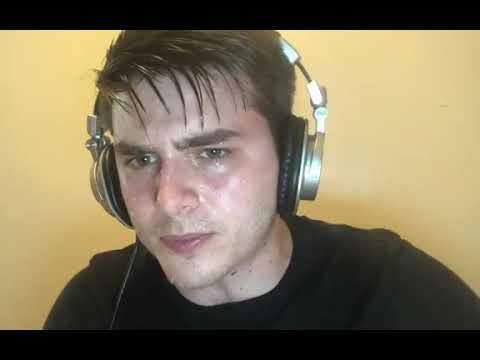 Also the problem is that economically it’s one of the most expensive DPS class in the game, skill points starved.

I dont understand the mentality of main GS that say I dont want a buff jus switch to other class. What the hell is that? even though they agree that the dps is lacking.