It feels super dogshit and boring, lunar. Not sure how it feels after the buff. But there is nothing better in the game than fullswift hunger and its perfect rotation. Pure fun

High hunger uptime is necessary to do dps and requires skill (experience). If you fuck up your rotation, you get useless. And you can feel it instantly. The mobility also allows you to engage more smaller damage Windows you normally can’t engage. And this is the point where reaper starts to shine.

Its a matter of taste, one guy says he loves lunar and the other guy says its dogshit and boring.
I have a 1535 lunar reaper and a 1480 hunger reaper. IMO lunar is more fun and hits harder if you rotate smoothly, you literally NEED to use all your skills on lunar to gain meter and fill your bar thats why she is more fun, you are dashing around way more than a hunger reaper.
In a perfect scenario, hunger reaper just spams red skills and shadow vortex inbetween to reset cooldown, while lunar HAS to use all skills equiped.
In raid scenario, hunger just use dashes to reposition or maintain the hunger buff, you dont need to flick around if youre at the bosses back and can get there by foot easily within two steps.
Lunar (with spec/swift build) is more flashier IMO because youre constantly using dashes and flicks to gain meter, constantly moving around.
Lunar has two more dashes and a second counter (shadow trap counter and dash + persona mode dash).
It also makes it harder to rotate smoothly as a lunar, the fact that youre dashing around all the fucking time makes it harder to keep on tracking the bosses back side and stay on position, you cannot walk to the backside and rotate afterwards, you have to adapt the positions and dash directions to come out at the backside. (but not that hard if youre good at positioning and know where you land after using dash combos) LOOKS COOL AF IF YOU DO IT RIGHT AND SMOOTH!
Im playing both lunar and hunger since release, thats my personal opinion and experience.
Hunger is fun and spamy, but the spamy brain dead side kinda gets boring sometimes.
Lunar is fun and spamy but in a challenging way, spaming all skills on the table instead of only the red skills is harder to get used to it but not that hard overall.

Thirst Reaper pops off with full tripods and level 10 gems.
The goal is to have as little downtime as possible, which you only get with level 10 gems and maxed cooldown related tripods. 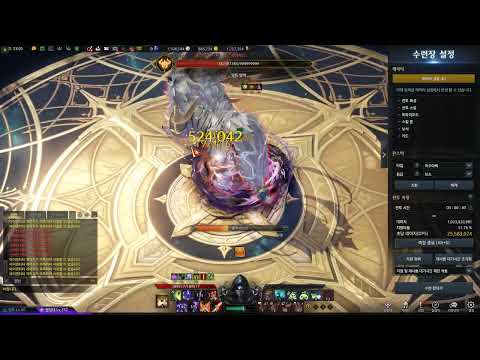 This is how you play reaper bro

I have a 1445 hunger reaper i express passed and it is extremely weak and very squishy. I went 4x3+1x1 ambush master, raid captain, spirit absorption, hunger x3 and the counter engraving x1. It was a budget option the character is very fast but very squishy so i didn’t go grudge. I get out dps all the time. Use way too many potions. Honestly im not a fan of the class and regret making one.

I only switched 1 ring from spec to swift on my hunger reaper and started getting MVP on raids. I run with 1300swift/800spec what gives me full 1 bar of identity with both shadow skills, and CD actually gets fast enough for last 2 red skills to stop desyncing so much.

Trick is that even if PPL say Hunger is Piano class it technically isnt if you want to do any proper dmg. The trick is to use shadow vortex (1hit no need to hold attack for 2) between every 2 red skills. Also if you are running raid cap you can combo dagger into distortion into reapear with dagger for bonus movement speed to deal more dmg with red skills.

lvl 6 and 7 gems i have 1200 spec and 1000 switfness , no downtime , smooth af , really good damage . I see a lot of people going full switness when you are not even supposed to play it like that no wonder you don’t do any damage

iirc the second vid is Moonstriker? it an ass build and everyone hate them lol only for trixion showcase , ppl meme this build that if u play this moonstriker u should just play striker

i run 1200 spec 1000 swift 120 crit on my hunger 1500 reaper and im always cruel or high upright in brel, just gotta be glued to the boss but thats super easy on hunger. it may not be a super top performer for the effort but its extremely fun essentially getting every counter for free and never worrying about being in safe spots

i play both classes currently at gscore 1500 for me both of them good u need just to learn the rotations and need some practice nothing else. In the end i think it will be fine if both classes got 5% more damage at red skills thats it.

which they wont. That was taken back and only hunger is getting 5% extra atta power (not dmg). Which is still underwhelming.

Hunger is absolutely underwhelming unless you play wuth full lv 10 gems, and tbh any class on full 10 would perform.

I’m going the 100% swift at mine. It may not do massive damage, but it sure is fun going fast.

Wrong class engraving + trixion, which is not anywhere close to normal raid scenarios.

I changed my main as soon as reaper has been released in the west. Rn my reaper is on 1547.5 ilvl with lvl 8 dmg gems and lvl 7 cd gems, 5x3 Thirst, Grudge, Ambush, Raid Captain and Adrenaline with all my tripods on 4 and a few on 5. My stats are at 1234 swift, 1012 spec and around 150 crit (good bracelet + high quali accessories). The dmg is okay and i can get ​mvp if i really want to show of my reaper skills… but all what matters is the fun factor! Reaper is probably the most fun dps class in the west. And i knew exactly why i chose her to be my main back in may 2022…

And as someone already said, you need high gems + max tripods to really see her shine.
I should also mention that you can see your dmg raise step by step. Every change on her, if its stats minmax, one lvl higher dmg gem or even an small weapon quality upgrade will cause into a dmg buff. Some of them are higher some of them not… but i can really say: Reaper is love

Stopped reading after that