I just wanted to put this here and come back to update it when I finally get it. Last days I farmed it non-stop. I am so burned out and do it on auto-pilot.

Let’s hope that the RNG gives it to me too. Others got it in 1-4 tries…

Is this just because you are a completionist type person and already put in the time early on so you won’t give up? I see that it is 2% difference in speed vs epic. Is that really worth burning yourself out over? 2% is absolutely trivial. I don’t know…I guess I’ve just grown out of that mentality of wanting to have everything in a game regardless if it is a worthy boost/item or not. There is no way I would spend that much time trying to get something like this.

Here’s hoping you get it soon so you don’t keep destroying yourself over this.

Exactly 2% increase to be wasting so much time it baffles me, why would someone suffer for that, id understand if it was DOUBLE the amount of epic or something else, but guess people just want to suffer?

I didn’t even want it, and suddenly i got it lol, probably only take 3 weeks for not caring about galewind. My friends got pissed off because i didn’t even expect it lol

So does farming work? I saw 4 people dropping it but it was always looted after they harvested, so I assumed that you need to harvest for legendary galewind.

Im pretty sure you have to kill the thing for the rune drop.
Just attempts is not enough.

(joking but based on wording and the random number used)

You’ll eventually get the rune don’t worry just keep trying. Deskaluda is farmed for basically forever (okay maybe not forever but at least the next 12 months most likely) so you’ll have plenty of chances to get galewind. 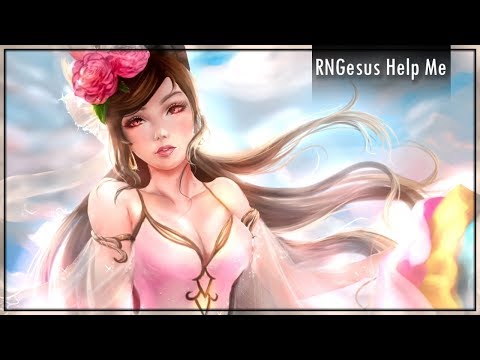 I feel like it only drops when you are collecting souls. If so, then they really roundhouse kicked the people trying to farm it.

That’s min/maxing for you. It’s a complete waste of time to grind something like this when you would be grinding it through normal gameplay every time you get an alt to 1415.

Keep grinding! Just pushed another alt to 1415, and the first Deskaluda she ran it dropped!

Kinda inting yourself to go out of your way to kill the bird without soul collecting though. Eventually every single one of your alts is going to be 1445, and you’ll have it just from doing your dailies.

I got it first kill lul

2% actually a lot if you are playing ignite sorc right now. It makes the second doomsday in ignite more reasonable and is a massive dps increase when you pull it off. Nice to see you again btw lol.

definitely is, i could say that about 0.5% increase and also explain how that is also absolutely tremendous increase in dps, but nonetheless, that is just miniscule in grand scheme of things.

Look on the bright side, you’ll be killing him hundreds more times either way

He’s saying getting a second Doomday within your igniter window is a massive DPS increase and 2% increase speed makes that much easier to do, since otherwise you need to have swiftness on your necklace (instead of crit) and a Lv8(?) CD Doomsday gem, maybe Lv9.

You don’t play the class do you. But why would I expect you to talk about things you have any knowledge of. You wouldn’t be a troll if you did.