We have all hit burnout so we made a video in how we overcome it - come check it out and would love to hear your thoughts! 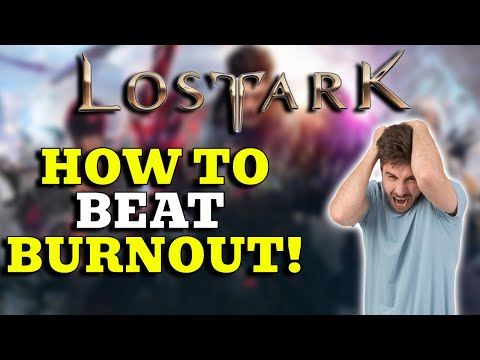 As deadeye main that got frustrated in PvP after being trashed by 3x berserker party, I made berserker alt as my first alt.

I laughed hard when you’ve mentioned it as I know this wtf moment when you compare the experience before endgame on these 2 classes.

I would also add the fact that beside game not going away, new content is not going away as well and is requiring you to participate on a day 1 of its release. Keeping your own pace instead of making it a race and most importantly having fun by playing it is something that you are looking for.

If you have a feeling that you don’t have fun, then make a break and come back when you will feel that you want to play more.

I definitely know what it may mean as I have seen and experienced playing semi-pro and professionally for almost a decade, people seem to are making goals for themselves that are not realistic and then not meeting these goals is resulting in disappointment or anger. Having so many info about the game before western release made it really competitive for people that were preparing themselves, but in that mix some people forgot that you don’t have to meet these over the top standards. If you’d pick a different game then nobody expects you to reach top rankings in it, but to play on your own level, eventually you will learn stuff and you can move further.

Having like minded people to play with around you is also going to help, most likely you can find a lot of casual guilds around

Good that you have managed to enjoy the game, may I ask on which region are you playing?

[EDIT] Nvm, I stopped video by accident and didn’t realized that some of my points were covered

Good job on that!

thanks for the feedback man!!