Is playing genshin an anticheat violation?

Sorry for the weird title but i was playing genshin today, and realized that whenever I close lost ark while genshin its open, I’m getting this anticheat violation error?
Should I worry or its nothing? I was doing chaos dungeon on my Artillerist alt at 3am (yeah I was after work) and got kicked out of the game and had exact error. Logged in back again without ban or nothing and I was still inside chaos dungeon. It was first time it happened and I didn’t change any software on my PC for over half year.
I believe it’s Anti-Cheat error as they trying to upgrade it. I wouldn’t care about this but any notification from @Roxx would be appreciated.
It was today’s night.

did multiple tries, whenever i close lost ark with genshin opened this happens, idk

they use their own anticheat

I think that’s the case. Just like anti virus programs. If you have 2 different ones. One of them will consider another a virus.
But honestly idk I don’t care because I can prove I am legit player with no weird software on my PC.
Maybe except X-mouse program (flask macro) I used to play Path of Exile.

tried opening a few other games and closing la again, nothing happened, hopefully I’m not getting yeeted

I believe genshin uses EAC as well, or at least used to.

If they still do and you can run both at the same time they have the same version of EAC so closing one tries to close the instance of EAC running and spits an error out as the other game keeps it open.

If they don’t, they probably still have code in their system that keeps EAC from closing when you close LA lol

Since the patch that brought that crash error system, everything related to “security” is going down. I dont know what they put in our files, but this is rly suspicious. When you securise your pc with a safe private DNS, everything is okay.

We have to know if they ever got these kind of problems in Russia or Korea. If not, that means amazon is behind it and its even more suspicious. We need professionals that can check the integrity of our files before and after the patch 1 month ago.

It collides with Genshin Impacts intrusive anti-cheat programm. It’s functioning like a malicious rootkit installed on your system operating on kernel-level. So by installing Genshin Impact, you allow MiHoYo to access everything on your computer. Same goes for Valorant. Anti-Viruses operate the same way too. You basically installed a “friendly” Trojan. I put it in quotes because who knows what they’re checking on your system and what not.

I was getting the same error every day, turns out it is because I had overwolf running

Playing Genshin should be a violation in other ways, but not anti cheat.

its not like valorant at all lol, valorant anti cheat truly has access to EVERYTHING on your computer. This is the most intrusive anti cheat of the world that should be prohibited in the law

I wouldn’t fear too much.
EAC constantly flags programs wrong and is known to also flag Lighting programs from Hardware etc.

AGS already said that they don’t autoban from EAC though.

I don’t know enough about Genshin’s anti-cheat software to speak directly to it, however it is not a violation to play two separate games. However, trying to play two different games at the same time will sometimes throw issues with conflicting anti-cheat, so it looks like some process is running in the background here. Does this still happen after a computer restart?

EAC works on several titles and I think Fortnite is one of them. I have errors while switching those games instantly, just needed to wait a while after closing one game.

So does MiHoYo. You can read about it online. There was a huge uproar because their anti-cheat was running in the background even after closing the game. They fixed it in later versions.

Genshin Impact’s mhyprot runs at kernel level and is causing a conflict with Easy Anti-Cheat.

it sounds different, here the guy explains in details if u are interested < 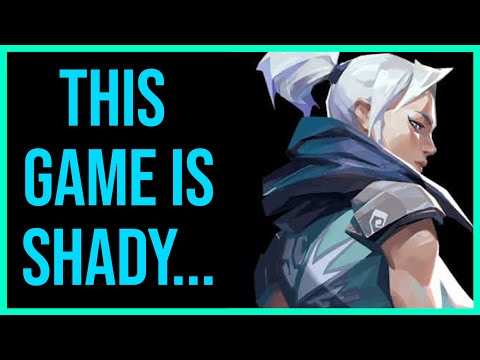 oh yea. i’ve watched it when he released it