Just DCd into a 9k que

its terrible! can anything been done about this? make que faster? get rid of bots? im just casually playing and then internet cuts and have to wait over an hour to log onto the game

same thing happened to me a few minutes ago. but got lucky and still managed to get a 5k queue

I’m just getting started with the game, and this is nearly making me want to quit entirely. Some times, while I wait 45mins-1hour+, I try to check if there’s been any communication about anything they’re doing to address the bot problem and cue issues. I’d at least like some kind of tangible “we’re working on it”. Was planning on playing tonight, and didn’t feel like wasting the time to wait for the cue, so came here to add my voice to the sea of complains - haha

AGS is incompetent on the botting problem… forget about this getting fix. queuing is the new normal in Lost Ark.

9k queue just means you’ll be more pumped to (attempt to) play when they announce the next bot ban wave!

Their business intelligence likely confirmed this.

Yeah - I hope you’re wrong, but if this lasts into next week, I’ll call it on this game I think

They are all legit players.
Don’t you see the amount of players we have in this game on steamdb??
This game has the most players on steam.

with some of the posts I’ve seen on this forum, I can’t always tell if comments like these are satire - haha 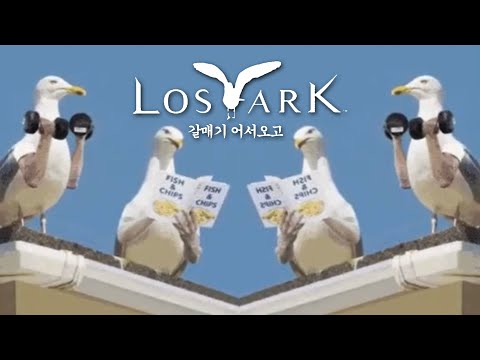 Its not just AGs being incompetent about it, Smilegate is also. They don’t know how to handle bots in a game without having to require SSID to register an account.

Good now go read a book or watch some animu

I mean, if you want some serious anti-bot features you need to incorporate them heavily into core of the gameplay (like Maplestory does) and the game is already finished with assumption that botting is impossible (SSID requirements).

they are also banning bots and punishing RMT with ban/suspension and interwebs are full of ppl reporting negative gold balance. Inflation simply can’t be caused by bots/RMT because all RMT gold is REMOVED from the game.

such is the official statement

I’m in a 10,000 cue for one of the less busy servers in NAW on a Monday morning right now (where we’re all apperantly in the same time zone). I think it’s safe to say this is not just a huge playerbase. Also, anyone playing the game can see how small the ratio of humans to bots is in any given area.

At this point, it sure appears they’re letting the bots persist because 800k+ looks alot better than 150k… to the outside public.

they are lying , none of that shit is happening the same RMT and Bots are still in the game.

Careful there… I said basically the same thing yesterday and my post was removed by staff… even though it’s true, that’s exactly what it seems like.