Usage of a VPN and/or Error 10010 Official News

Heroes of Arkesia, We have put blockers in place to prevent users from connecting to Lost Ark through VPN services. This is one of the steps we are taking combat botters, as it will help prevent them from being able to circumvent some of the restrictions we have in place and make it more difficult for them to connect to the game. While we understand that some legitimate players may use VPNs for other reasons, please note that using a VPN is against the Amazon Games Terms of Service. You can f…

Yeah their solution is deal with it or quit the game

If this will reduce bot number by 50%, I would gladly take 5% reduction of total player counts… But I have my doubts

You’re on some full blown copium if you think this will be anything more than a minor inconvenience for the botters and gold sellers. It’s their business and their livelihood, they’ll figure out a way to work around it because they have to.

The only people this “fix” will impact permanently, are legitimate players, who won’t have the technical knowhow, or necessity to circumvent the change.

After blocking the VPN.

Dear players who have to use a VPN due to safety/isp/country reasons: Sorry your life sucks, but we don’t want you in our game. Good news though: We stopped 50% of the bots for a full hour.

(edit) Clarified the facepalm at the end, to show the sheer lunacy of what AGS thinking seems to be.

And I want to tell a fun fact right now

The chinese bots adjust their VPN app and use it again. You can still see all server are busy and many botsin Vern Haha

And fk you becoz of lack of sympathy

And I use a VPS to bond my internet with openmptcprouter. Why am I being lumped in with everyone else when I am only trying to manage living far from good internet

Good news though it did nothing 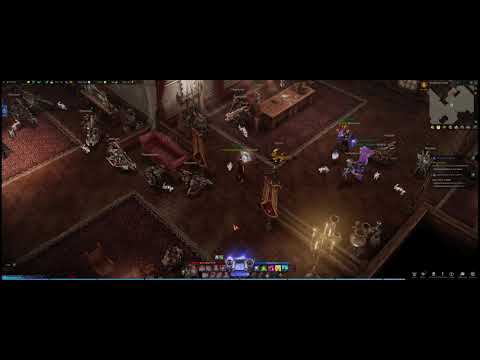 They are not “NEW”, using VPN has been against the ToS all along.

The restrictions on VPN users are new. There is pre-existing wording in the TOS that speaks against VPN useage, but it was never enforced. VPNs provide security and privacy. And I guess Amazon decided to take a chance and say eff-you to those who need that security for their network.

But alas, instead made another bad decision because bots be like… Just my 5 cents , playing in this fucking game through the VPN , paying the money , now , i cant play , the AGS literally broke 30% of players , OF REAL PLAYERS , now , i can leave the game that im love , because of bullshit ags decisions , botters literally dont care about this shit , but we are REAL PLAYERS get screwed by this stupid ags decisions , just WP , now u lose your customers and 30% real players for nothing , cya , just money for nothing , THANKS AGS , thanks @Roxx

Using a VPN is against terms of service. Sucks to suck but you knew the risk buddy xD.

U can says this , but when month later lost ark will have a 100k players , that 70% of bots , u see that the ags will pray for revert this retard changes , but now rlly , they fuck us all , the REAL PLAYERS , botters will play , real players will gone

Hey @Roxx - why would it be so hard for the team to just add 2FA with some type of tie in like app or valid phone number?

I feel like, although that is not bulletproof, it would be a lot better than these harsh methods that also harm the playerbase.

No thanks. The VPN ban is the right call. 2FA is annoying.

Riiiiight, screw any player that has a legitimate reason to use a VPN - Just because you think a security feature is annoying.

Tell me: How’s you game been today? Must be nice questing/fishing/running Chaos Dungeons & there being zero bots running around. (/s)