No Honing Research with Vykkas

I’m i Wrong or Vykas is coming in July, and he his Talking about the June update ?
Why are people at 1415 complaing about an Hoaning buff? Wasn’t the prerequisite for the Reserch 1460 ?

Bruh you can literally find the Vykas release patch notes in other regions. Don’t know why everyone is falsely spreading info that Stronghold buff came with Kaykul Saydon

I really don’t understand why you need to even do t1 and t2 after getting a character to t3. it serves no purpose whatsoever. If all my alts were t3, i’d probably not mind the grind as much because i would get a few more honing chances a day but everything in this game feels so restrictive and gated with progression. Again, this is coming from someone with two 1340’s and one 1398. I am so deflated on my main, I just sell my mats now.

I have limited time as well, yet I never understood the mindset why someone believes that having one char at max level, should allow him to skip all content on alts.

This is like asking that if you did beat the endgame raid once, you should also get the loot for all your alts automatically.

That being said, LA already offers so many ways to skip content in this game, it should definately not be extended. Instead, they should rework the honing system so that these 90% fails are history.
They could also offer more books or mats in side content, after all players are not rewarded properly right now. But a skip button is a no go, always for me.

imo if they released the honing update this month, everybody would cry about the devs catering to the whales so they can whale alts to 1415.

Yeah well the problem with your solution or stance is that T1 and T2 have effectively been outdated/discontinued in other regions. There is no reason to engage in that content as there is sufficient content in T3 to revisit those bosses for greater rewards and progress into the real end game. Furthermore the game incentivizes alts heavily, fast tracking alts into T3 provides all players a much more healthy and engaging experience with the game. Spending a few days, a week or for many casuals as AGS has put it weeks of time to get through that content repeatedly is not only mundane but has proven to be detrimental to retention and longevity of the game. There are comments asking people who arent 1460 “why do you care about 1415 research you aren’t even 1460 yet”. Well it’s principal as well as postponement for honing changes we should’ve received months ago and most certainly by now. They made a commitment to have all players experience the best parts of T3, why is anyone still in T2 or T1?

i pray for no honing buff

Each month they nerf, remove more stuff so that players cannot enjoy full experience this game had in past in other regions. You are greedy, you losing players, simple as that. This is sad news for every alt parked at lower ilvl that was waiting for honing buffs. Now stop complaining and go spend irl money on gold, this is what they want from you. Instead of helping out the community and probably get more people playing, they do opposite, like they want people to just leave so they can stop complaining.

I don’t understand why you have to rush every single content of the game.
Just play with rest bonus, enjoy your ride and don’t care what others peaple have already achived.
The game is free but someone have to keep it free, so welcome to the whales!

Am\Smilegate will need to address the bot\RMT issue for sure. That s the real problem, becouse the real economy it s simpe not affordable for “normal” ppl.

We want out euro players to be able to play not only a less paytowin version of the game tailored for their audiences, but also a sped up one able to let them catch up to ru and kr. We will provide additions to keep up with the content speed

we ll cut resource generation in half instead of quadrupling it. We te removing gold instead of adding it. We re making bottleneck mats even more bottlenecking, while simply feeding you korean style pay2win everywhere so you adapt to the kr spending standards

@Roxx you doing a GREAT job. Us guys at blizzard are proud of you.

this whiny crying community is really annoying. It is not necessarily a bad thing that you have low upgrade rates, but you are always complaining instead of using your brain.

It’s just another thing in an ever going list of disappointments.

Start NA off at T3 and hammer in a paywall at 1340 while also removing content at 1355 that would ease that paywall. Players get upset and AGS blame it on an early release of Argos, not the paywall.

Accelerate the T3 content release to constantly keep NA players on the back foot trying to keep current having no real time to build a solid foundation for your roster while keeping material injection at base speeds, then wonder why the data shows less NA players are making alts.

Make progressing past 1370 an absolute shitty experience for anyone who didn’t start on day one and have either slapped the game with the wallet or put in a considerable amount of hours, but deny the honing buff to further frustrate players.

Then on top of all of that you have the endless feedback threads that bring up actual legitimate issues and they are ignored.

Maybe this is AGS’s way of hinting that SG is just trying to milk NA for all it’s worth and we should abandon ship.

im so tired of this game man, they just want more money out of us. “F2P game”, I just had to go through the pain of honing to 1370 again, on my alt db that was 1355, I had 10k gold worth of mats/increased honing + books with the research honing +14k of my own gold, I only got 6ILEVELS. SIX. Absolutely disgusting.

Why is AGS punishing their most loyal audience, lmao.

Bcus the most loyal audience must also keep spending for RC and convert to gold to buy the honing mats from the auction, which in turn makes one have no more honing issues

F2p doesnt matter that much, since bots will be keeping up the steamcharts player count up even if they leave

I asked OHBENJI in his stream when he thought it was added after Roxx’s post because I had to check inven to confirm it was atypical for them to not include it - he said Clown patch incorrectly (I want to give him the benefit of the doubt but there were no honing buffs added around Clown in KR) and there were like 500 people in his stream at the time so a decent amount saw his answer. 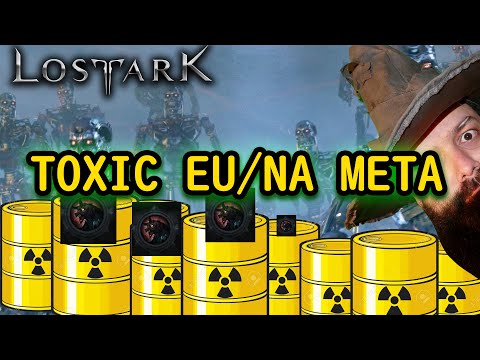 It also could be the case that Smilegate said no normal honing buff for T3 with vykas, and roxx just thinks those two buffs are the same thing.