Outfits in this game

I am writing in this topic category hoping that someone will read it .As one who loves costumisation in games and is an outfits fan spending alot of money on this part of the game , I am pretty sure there many female gamers just like me in this game and I bet they agree with me.We would like to see more dresses,cute feminine outfits which can allow us to identify with our characters.I mean ,I love all sexi outfits but enough is enough with all the half undwear half pants socks and mini school skirts,all the jackets and hoodies.Maybe if there wont be so many males players playing female characters we would have some decent dresses (gender lock classess most annoying part)Is there no demand in Europe for such things or what ? I played in Russia and damn those sexi beautiful dresses were amazin ,whats going on here ?Are we all categorised as sexual obssesed or school age players only ? This new skin is same as the last weeks one ,only with a cap on ! Was it such a big demand for it? I Dont really think so …
Thank you in anticipation !

Didnt we have 2 dresses literally a couple of weeks ago with the Neria halloween event?

I’m so tired of giving my paladins basically the same hoodies/jackets and/or no shirt;; I want more neria’s wardrobe!

Yea yea and yes. Please stop giving us crap skins AGS. If you need help in understanding, I can share screen shots of the nice skins people want from the library of Every other MMO I have Played as well as others I am sure.

But I am not surprised they are pushing out this crap knowing people want skins to make a quick buck before releasing the better ones. What the brainiacs don’t realize is the sour taste they are leaving with their playerbase and the little long term effects that will have on the game. This is just one of big FUs coming from AGS to it’s playerbase.

I am so happy 2023 is bring mew mmos. I am people invested only at this point in game and I will be so happy when my static group and I move to a better mmo. I won’t be looking back.

I dont lnow how you categorise those dresses but in my oppinion those look like just a waist long blouse where if you dont wear those damn babydoll stockings they look ridiculous on your body.And do you think that 2 dresses compared to 10000 of tights/pants/cardigans/military stype uniform/jogging/etc is fair no?

Thats the neat part, female characters and outfits are not desgined to appeal to females. Games industry learned very long ago who pays the most

For me personally, i’d just like to see way more fantasy gear. The rest don’t really appeal to me. Would you believe that two of my characters still use the gunner maze of the edge set?

Yes and plz also add some dresses to the guy’s skin chest…some people want to identify as something else.

Russia has those skins because they’ve been out longer and have been able to release more of the skins that Korean lost ark has, we’ll be getting them all eventially.

According to the roadmap we’ll be getting a new Neria’s in the December update.

If you’re curious as to what skins have been released in Korea and we’ll get eventually (minus legendary skins as it stands) this website has all the skins they’ve released and you’ll get an idea of what we’ve already gotten and what yet is to come.

I will disagree with you to when it comes to cosmetics and costumisation people who identify other then male will spend more money then “the guys” .

All future Neria Shops should have previous Neria season outfits too.

I think its more about population numbers than spendings per user. I don’t doubt that ladies are way more invested in cosmetics they find appealing - but the vast majority of players is still composed of men

weird cause all i see are dresses and suits and your so called sexy skins are kinda missing other than swimsuits but thats nothing special
also the game is korean it has nothing to do with demand on europe, we get what they design, sadly shit suits and schoolwear is very popular nowadays there

Personally I’m looking forward to the Witcher outfits coming to our version in “early 2023”: 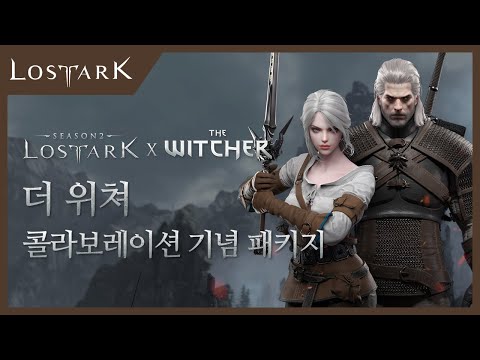 Would love to see more like these, however unlikely that is.

What’s going on is that we need to be sold their old undyable skins first so out of desperation and scarcity we buy these ugly skins. When they’re done milking us, we’ll have the new quality skins. Until then…happy waiting.

Exactly. The fact that we already know what is available and yet they only give us the old crappy skins is disgusting and basic milking practices. They only gives us the crap so we have to buy it. Most games pump out skins very consistently and they are much nicer than even the latest in LA so I don’t want to hear that they need to use the old ones at all for any reason at all. If they were smart at all they would toss the old ones, gives us the newer and continue making skins to pump out.

They have accomplished one thing only, which is to piss people off further and add 1 more reason why the players will not want to stay. It may not be enough to push people out but shit like this is the reason why when people do try a new or other mmo they don’t want to come back. Having a good relationship with your playerbase is invaluable in terms of player loyalty to your game; dumb stuff like this is not going to get you that.

Just add this bad decision making to the plethora of others.

Yes is the same feeling I have too.Hence my post .I hope this feedback has some value !

Their objective was clear ever since they decided to release the omen skins first:

Are you trying to virtue signaling? Because I promise you most girls who play legit like the skins least in Korea.

i can’t decide if this post is more weird or funny with the weird virtue signaling n all that like mentioned above, but i can agree with the general sentiment of outfits not being released often enough and i wish they picked up the pace but it seems like they don’t really care. we got like very few outfits in the first 6 months from the game release. everyone running around with the same few outfits on cause the options were so limited. i do have a lot of favorites that have not been released yet and who knows how long it’s gonna be until their release but i think it would make more sense to release majority of the pre-artist/aeromancer costumes before artist release. it’s actually gonna suck when we get artist, but the future outfits they add might not even include artist, because their costumes dont even exist in the KR version of the game since chronologically they have been released prior to the class release…

Your feedback has value among us in the community.
It has no value to Amazon and AGS tho. Don’t place your hopes on that.