So if you change sub stat from swift to crit, prob don’t need low lvl precise dagger. Also with crit sub stat you will need high lvl CD gem for doomsday(8 or 9) to land 2 within arcane torrent state.
If you are using swift sub stat, lvl 7 CD gem shld be enough.

As Ipria said, change swiftness to crit for igniter, also how are your tripods? The tripods made a much bigger difference for me overall than the gems. Also be sure to use your builders every cd when you aren’t using arcane torrent, and don’t use them during torrent as you can’t build while it is in use and you don’t want it on extra cd.

That’s why I hate playing magician. Too many things you need to achieve in order to have the strongest dps in the game

You do no dmg bro

Grudge made the difference along with changing the swiftness necklace for crit with the lvl 7 doomsday gem. I haven’t done valtan hard but cleared normal 3 times. The build guides show 2x 2x relic with 2x argos preordained . If I have legendary valtan matts are any of the 2 piece legendary sets worth it since Midday doesn’t really happen anymore? The meta build guids don’t show using any of the legendary sets.

The one thing I will say is while I can hit the double doomsday proc sometimes you need all the stars to align. Now if I whiff because I get hit or boss moves it’s not as bad though. The sorceress feels so gear heavy compared to my alts. My bard feels so much better having gear that is nowhere near as good as my sorceress. Bard gear = to my sorceress cost 2x as much though.

Im playing swift/spec igniter, after testing 3-5min fights over a dozen times with different stats and engravings, this is what i deal the most damage with (maybe unlucky with crits, but squeezing in a second doomsday during igniter is huge dmg boost)
stats around 1450/450 spec/swift with 4x3 grudge/cursed/all-out/igniter

Also, if you have a dmg gem for Frost Call, I would consider giving that skill Lv 11
Dmg wise its FrostCall > EsotericReaction > RimeArrow

Just having 2 pieces of Argos preordained gives you a constant 15% crit buff, instead of a cycling 0-25% crit from the 5 piece set.
If you have the materials, I would go for 2x Nightmare, 2x Demon Beast and 2x Argos for damage and crit. 2 Demon Beast (Valtan legendary gear) adds 10% more damage, and having 2 piece or 4 piece Argos does not make a difference.
With enough bones, you could go 2x NightmareFlower 2x PoemOfSalvation 2x Preordained(Argos), or keep farming Vykas in the following weeks for 6 piece NightmareFlower, but there is an option to convert relic gear sets to other sets, like changing the poem of salvation to nightmare flower set, to get 4 piece bonus and crafting the last 2 with vykas materials. (for this you need to collect total 55 bones and wings from valtan and vykas to unlock this function)

Aside from this, its all about playstyle and optimizing rotations
A lot was already said above, like only use Igniter when the bar is full with a doomsday flying to the target, after that you want to follow up with Explosion/PunishingStrike and pretty much all other skills as well; depending on your specialization, during igniter your spells will deal 3-5x damage and this is where all your damage comes from, example comparision with reflux (see graph)

So its all about playing the perfect burst rotation, not missing the 3 big casting skills (4 ending with doomsday)

Sorry the reply got longer than expected, but I hope this helps a bit.
Closing note, try to party up with gunslingers or deadeyes, they have a high crit buff uptime

So you would go Demon Beast over Covetous Whisper? With a Crit necklace I can still hit 2x Doomsday. I find missing crits the worst thing for my DPS.

Missing crits is a bad feeling and surely impacts dps but I would choose demon beast over covetous, damage% over crit% especially because the covetous crit buff resets on every crit, so in cases where you crit 3 times in a row (doomsday explosion punishing), that set effect is pretty much useless, whereas demon beast gives you 10% more damage with even higher crits.

in the end it’s up to you to decide and to pray to RNGesus for the crits, but my point is, if you crit without extra crit rate, you might as well increase the damage you deal with that crit

First of all you’re running swift neck, you should be running crit neck with l8 cd gem on doomsday.

Secondly no grudge, get rid of cursed doll for grudge.

Lastly, you need to be landing 2 doomsdays everytime, sorc is not a class that can out dps everyone else if u miss any of ur big attacks in ur arcane state, are u sure ur hitting 2x dooms days + explosion + punishing everytime??

Yeah if you look later down in the thread you will see I took the advice and went for grudge instead of cursed doll. I posted an updated screenshot of my gear dropping the cursed doll and was able to add level 1 precise dagger too. I removed the swiftness necklace for crit and added a level 7 doomsday for now which still gives the ability to do the rotation. I can hit the rotation if I play perfect. I do get top dps at times. This thread was a huge help!!

What, have u tried a fighter class? Sorc is in the middle, eziest classes to gear being surge blade, loneknight GL and any transformation class or support class and hardest to gear being WD, GS, Striker etc…

This is more basic, but there are a few suggestions for higher tiers. 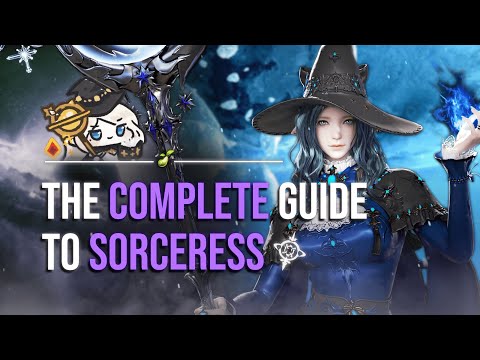 I think this magician is the class. Worst to play because it only does great damage and any survival move is not good at it at all

I was believing in the numbers I read months ago on my skills, but after testing again in trixion it is indeed
RimeArrow > FrostCall > Esoteric
(if it’s placed well and the boss doesn’t move)

But if you use Light of Salvation,
Esoteric > FrostCall > RimeArrow

So at least for my current gear (ilvl 1467.5) with gems, cards and engravings, Swiftness Neck is better than Crit Neck for DPS
*Dont have money for Lv8 Gem

I think you should test for yourself in Trixion, which combination of Stats and Engravings does the most dps for your current gear.