Plz Let Us Berserkers play with ya 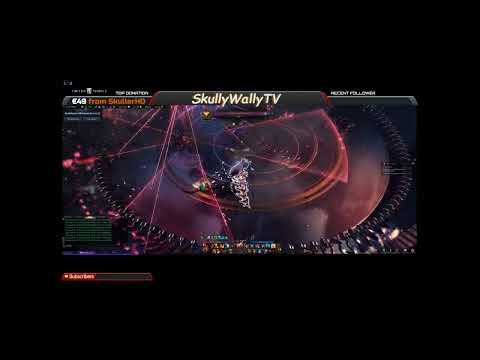 I Know this but i hate the Thought that no one invites an Zerker for Free its the Prob oh look a Zerker naaaah, i dont can do it,so no other one can do it, its stupid … i hate the thinking o look a Zerker hes dogshit let him, decline…

and the good berserkers have no chance to get in a party because of 500 other stupid zerkers, its a only zerker prob … no other class have this probs like other classes …

This is the curse of the cool looking class. It naturally attracts most of the idiots. And what’s cooler than a berserker

There will always be classes hated and memed on by the community. People just like to bully

There used to be a time when mayhem was the best and the most desirable. And then it fell. Just like that other classes will take your place eventually.

Also there are still classes with prejudice against them, most of which is quite unfair. You don’t want to know how RE players get treated by Surge ones for example. Or try any of the new classes. Or pistoleer/perfect suppression or any one of the “don’t do damage” memed on classes. Obviously they have no clue what or why, but they feel better/superior if they do it so they just go along with the meme.

In comparison my wardancer and ew deadeye are treated like royalty everywhere they apply. Red carpet

tbh I have a berserker alt(1460 ilvl) its mayhem build because in the past bt wasnt good.
mayhem berserkers are too squishy for a class. You either will burn pots or run around with low dps once you get hit so its understandable they might do that.
If you are bt berserker however, idk. I didnt play the game much last 5-6 months so never checked how bt is.

dont know dont play with the crit 7% or Salvation Set play the -36% damage Reduction Card Set and a Mayhem Zerker is unbeatable … he does enough damage without a Set of cards, if the Content cant been played perfectly … if you can play perfect switch to damage card set

Some nice buffs up on the Korean test server for Berserker.

Will probably come to us by March.

It’s that toxic korean streamers such as zeals and ATK created such a toxic culture they usually say berserkers are underperformed whalers etc always shitting on zerk players so western audience got that stupid idea.

Zerker dmg is pretty terrible lol… they have good up time but no dmg.

But they are. At least they was in the first 11 month of our version.
The whales who are not doing too much except dying and even if they are not dead in the first 10 sec their dmg is low.

Sorry to hear this. We sharpshooters are getting a bit of the same treatment xD

I know right? xDDD so bad

I play with zerkers on everything but valtan. They always seem to get knocked off first