[Poll] Which of the missing classes do you want the most? 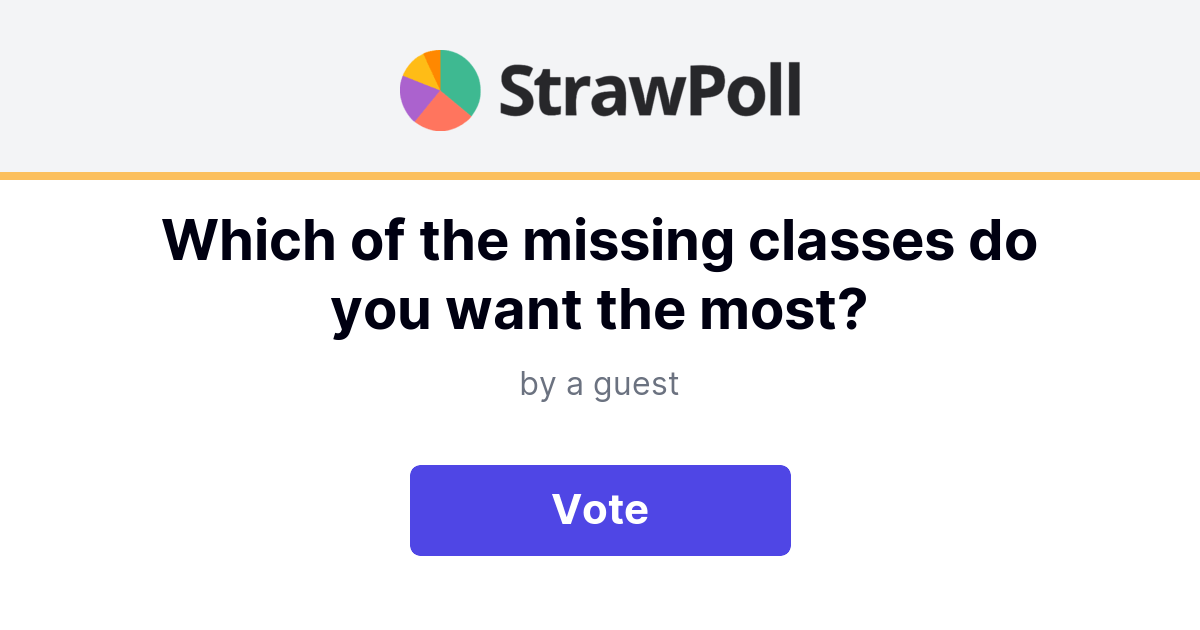 Which of the missing classes do you want the most? | StrawPoll.com

i just create a strawpoll.

(i know they already clamied the destroyer next, but on AGS we never know)

Tens of thousands of scouter mains are still waiting? Are we just left ignored?
ModelViewerWhen May 3, 2022, 9:57pm #2 This will yield the same results as the last 50 polls. Artist at the top, followed by Scouter.

Time to move on.

ok I don’t know where such polls were posted, but I or don’t hang out in the Reddid sub or this Causal Discord.

but would be nice if you have a link to one of the polls, I’m just interested in the results.

Ahhhh, my bad, thought you were a regular.

Ummmm, I think if you just search “poll”, you’ll get at least 5 of them

thanks for that didnt expect someone did a poll before in here. cause im mostly in “General feedback”