I swapped my blue GLancer into a red one, because I’m neither a DPS or Support class.

So I tried out the build from Maxroll. I just don’t deal enough damage. Highest crit with “Surge Cannon” was about 3 Million dmg. When I play with my sorc, at iLvl 1370, i hit about 3.5 MIllion with 2 Spells, on a lower cooldown.
I really don’t know if i do something wrong, or this Red Build (or the GL) is just crap atm? Can someone help me, or can tell me what’s wrong with build?

Thanks in advice.
Happy Honing!

Not sure as I don’t have the practical experience yet but I have been planning what to do with my Gunlancer.

I would rather go precise dagger over keen blunt weapon and that would basicly cover the +crit addition while my main stat is swiftness.

I think this might also be something to point out. The red gunlancer has frontal attacks so you miss out if you are not spending your time hitting the front (maybe you are less in front?)

We have had another topic with someone having the practical experience with red gunlancer and doing swiftness with it.

I want to share the build that I am dream of, the Red Gunlancer Extreme Swift Build. Ever since I saw that one YT video showing a Korean version Gunlancer play it, I fell in love and really wanted to build one. And today, I dare not say it’s even remotely close, but it’s probably the best I can do with what we have in our version. [Lost Ark Stats.PNG] [Lost Ark Engraving.PNG] This build with pet skill at swift, has a 87% crit rate, (641 crit 22.94%, Lone Knight 15%, Precise Dagger 20%, Adr…

I have mained gunlancer since launch and played CR build to 1370 and red since then. My take on it is this. At our very best with BiS engravings and optimal gear we will only do 50% of what any real DPS class can do. This is becasue we are also a tank, utility and support class. We have synergistic effect with the bash debuff which amps dmg across the team. Our stagger and weakpoint are on another level than any other class as far as I know. Destroyer may be better or equivilent at stagger but I dont know for sure. So gunlancer is a jack of all trades, not a dps or support or tank but a bit of all those with the high stagger and weakpoint… All of which can have alot of value in endgame.

So ther eis nothing wrong with your build, its just that this is what the class is. It will never be a real dps, but you spec for dps so you are at least 50% effective at dps instead of 20%.

Idk where are you getting the 50% damage of other DPS classes, but you’re doing something very wrong.

And why are you comparing your surge cannon crits to sorc? Do you understand that those two classes are nothing alike? Gunlancer’s numbers are never flashy, but his strengths are that it’s the class with by far the highest uptime and that’s where your damage comes from. Other classes need to dodge, move around, wait for cooldowns while you’re hitting the boss all the time. But you should know this by now.

Even a blue gunlancer always gets credited for damage MVP on 4man party screens and red is even better.

Gunlancer is not a support class. It has one shield+debuff cleanse once every 30 seconds, that’s not support.

I am just guessing at the number. maybe it is 70%? but I never come close to a very well gear dps class. they are going to do better… If gunlancer can do the best dmg then there would never be any reason to play any other class… I did not say gunlancer is a support… its like 20% of an actual support.

You’re guessing wrong. If we assume characters are equally geared gunlancer often MVPs, especially in engagements where it’s hard for DPS classes to have high uptime due to having to dodge AOE.

You should never do under 80% of other DPS classes. Worst case scenario.

People don’t play gunlancer because it’s slow, that’s about it. Come legion raids, best class in the game alongside paladin and it’s not even close.

GL main selling point is uptime on bosses while ignoring most if not all damage/mechanics.

Can only provide general comments. Avoid using a Sorc as your comparison since the Sorc doesn’t require any positional to do 100% damage. Be mindful of your positioning as Non-front attacks severely impact your damage. This becomes much more of a hindrance when bosses can’t be taunted, meaning you’ll have to chase their front. Really wish the front & back indicators were in game already.

Sounds like you just need more practice. Since you’re coming from Blue, you’ve got to adjust to turning your bubble on and off when needed. Blue’s shield uptime is much better than Red due to specialization. Back hopping at angles and/or into mechanics is a lesson that you don’t learn as blue since you sit in comfort (bubble) most of the time. Just keep practicing.

Lol no tanks in this game, just play Blue and you’ll mvp and top dps.

Even if he learns red to near perfection spec just scales insanely well so blue build will always do more dps especially since they don’t lose like 25%+ dps from non head attacks. Just wasting time trying to head attack makes you lose dps.

I’m a red gunlancer, same build as you. Just that i do not have keen blunt but i do have lvl 3 spirit absorption instead, it helps us to build our charge faster (surge cannon, charged stinger and gunlance shot) and move/reposition faster so it doesn’t miss as much when the boss moves around.

I don’t see anything wrong with the red build. It is more proactive than the blue build because we have to dodge mechanics due to weaker defensive stance shield, hence, more fun in my opinion (bigger damage as well). The latest reset/maintenance was just yesterday and i’ve just done argos P2 for the first time, in an 8-man raid i was ranked 2 (damage dealt).

And as per what you’ve mentioned earlier, in comparison we do lose damage to an undergeared sorc, thats how it is. In return we provide debuffs (open weakness and armor reduction) and shield buffs, much much more utility and tankier than a sorc.

Tips that i would give is that, hone more of your weapon (im not sure about your weapon’s glow, i assume is around +8 +9), try to beef up more attack. ALWAYS spam your surge cannon and charged stinger when its not on cooldown (of course debuff the boss and buff your damage with bash before performing the big hits). Im able to get 4.5m with my surge cannon with buffs and the “open weakness” debuff from taunt.

You have groll instead of grudge, theres your problem

Sure its been said before, if you want to try and min max damage, drop grudge for master brawler, you get a better damage bonus and no negative. But its also hard to compare a pure dps class, like a sorc compared to a more support build. GL has the ability to:

1 ignore mechanics out right with your ult

4 personal shield that would make a bard moistier than an oyster.

Lancers bring a ton of utility to the table, but if it had the damage of what a sorc can put out, Nobody would play any other class. Of course the damage is going to be lacking.

You are a DPS Class, I really wonder why so many people think Gunlancer wouldn’t be a DPS. Who started that Story?

Can You stop call GL a support class? The matter that he have some utility and 1 shield for party every 15-30 sec does not make him an support. Support have a really different role with boosting party damage etc. It is really beastly to have a burst window as dps when You have bard and gl in Your party and some other utility like lets say gunslinger with extra 10 crit. But still that does not make him a support. And its really shame when You doing some guardians and abbysals ending up in mvp for damage as gunlance. That means that Your party dps classes just suck. End of story. If You taunt bosses for them every other second, give them debuff for extra dmg etc and they still not dealing more damage than gl its just wrong in my opinion. So stop calling or picking gunlance for party as a support and then he is hitting mvp coz thats is just a joke

I would switch to 500/600 crit - rest into swiftness. So neck crit swift and rest swift.
Replace keen blunt weapon for master brawler - but You can add master brawler as a next engr with valtan gear which seem a better option if You short with gold/pheons. Its not bad as You still running 4 maxed out engr.

You have 4x3 where grudge/lone knight/super charge would be enough for now so in regards for keen blunt, You dont need to change it at all in my opinion.

with 600 crit + pet + argos set You can have around 50/60 % crit chance, if You add Lostwind then it gets higher and You have 15% from lone knight so it will be around 70% + during most of the fight which is alright. 600 crit means that You can have around 1,1k swift so that is 25% cdr so Your burst window is up more often. shout>bash>dps skills. And if You still feeling that this amount of crit is not enough then You can throw precise dagger for extra 20% but me personally would go for cursed doll to even more increase the damage.

and get proper gems, cdr and dps on main skills and cdr on Your utility like nellasia/shout/bash. They make wonders. My gunlance with some debuffs in the party can hit over 9 mil from stinger or surge cannon. But he is over 1400+. His power will raise with next updates. Better gems. Reds are beasts in kr end game in good hands.

The red gunlancer buff isnt active yet i think the 19th, there was a balance patch in kr will be active soon for na eu, RIP mayhem zerkers

Since my post was mentioned, I will chip in on the topic.

According to the Korean person I learned from, at 1445+ Blue and Red do similar damage, the different is only burst or consistent. Even with the high swift build.

And compare with other DPS class, Gunlancer has shi t DPS, his word, not mine.

In the end, just play whatever that suit you, blue or red.

Here is one more video on him doing the new content raid: 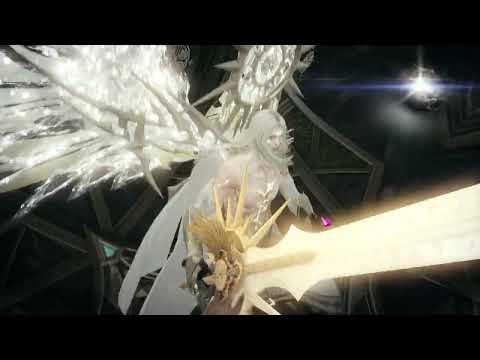 I don’t really care about the number, I do care how it plays like, how the general feels when I navigate it.
I will still play red even if it has inferior number, that’s for sure.

Here’s a one with Blue, so you can compare, and this Blue, is VERY blue… 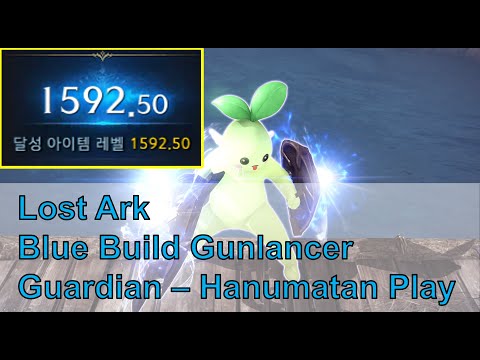 Just compare both see which one attract you most.

Remember, in the end both do similar damaeg.

Thank you guys for your answers.
I will try out different engravings stats.
Thanks for your help!

You might autoattack the boss all the time but red gunlancer is definitely not a constant damage class. You do damage in bursts after you use SOH and bash.

Obviously it’s not perfectly constant, no class is, but you’re doing some damage at all times. And with extra swiftness red build has and obviously gem, bash uptime is really high.