As there is constant influx of people believing that we have +50% hp on guardians. I tend to no believe rumors, and i have access to ru acc with char with similar gear, although it isn’t important in this topic.
so i did tytalos on ru and eu
for eu hit 1041998 , end boss hp 92.7. by doing simple math we get total 14273945 hp.
for ru hit 1122244 , end boss hp 92.1 . with same math total hp is 14205620 hp.
hp is basically same, with some minor errors due to rounding.
Please, if someone disagrees, do it with arguments, that shows concrete evidence. Although i understand that it will probably never happen.
Uncut videos of tests below 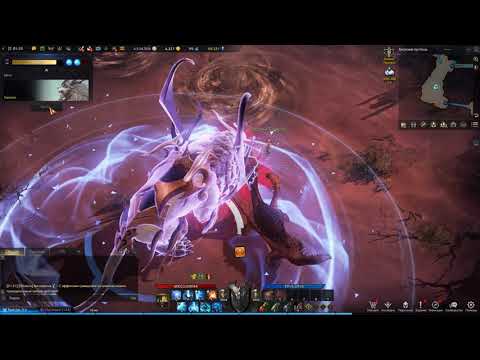 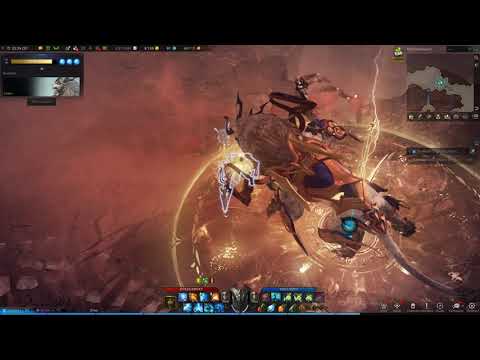 I was also under the impression that they were not buffed and it was just bias and missinformation.

Thanks for the proof. I’ve been seeing people claim that the 50% HP buff for US/EU was just a rumor, but they didn’t back up their claims with anything, so there was no way to know for sure.

They mistake it for their experience of partying and with a skilled player who understands all mechanisms in ru, with mokokobuff. What’s more interesting is that when these contents were the main content in the kr/ru, they were much more difficult than this. The current version is a version that has been nerfed more easily because they can no longer matchmaking in kr/ru T1T2. And these are the main content of the current global server.

This idea that we have a 50% health increased version of GRs seems to get repeated constantly around here. A complete lie weaponised by people unable to deal with their own frustrations.

Just linking my post here with a little bit research:

Why no one talk about the +50% HP of the gardian for our version? General Discussion

Ok, then a question for everyone who’s complaining about that: Where exactly is this noted? The 50%? Because i’ve done a bit of research (first listing everything): First: So the first one is the thread, where the feedback to Beta is given. There is a proposal of maybe making guardians harder with more dmg, or more HP, specifically 50%. This is the only post where i ever read about the 50% aside from all the ranting here. It was given to SGR, like Roxx posted, but from there on, now…

The whole situation is all the more frustrating because Amazon could put this confusion to bed by simply stating whether our current version matches the KR version. I suspect they won’t offer that info now that they’re nerfing the content. Sad state of affairs all round. We’re getting a baby version of the game because people can’t handle failure and are allergic to perseverance.

there was that HP increase, that’s part of dec/jan KR patch and is what I suppose a response to our beta. At least it was suggested that way. Same as many other changes done in T1/T2, like pheons costs for T1/T2, etc. The list was pretty long and nothing of it actually matters for KR to be bothered at all if it wasn’t supposed to be for us.

BUT it is not limited to our version only. It’s part of standard balancing noone really cared about since 2.5 up until now. The only bias there is people who played RU “before” remember them being much easier because they were faster AND they had a noob buff. We have neither.

I would’ve gladly did same test on kr, but dont have any access. If someone has access and can do that test, we would we known for sure.
Anyway, anyone can easily share this post with any 50% believers, maybe it can change their mind.
Also, if the nerf in any shape or form will happen, i will redo this same test. Even if they wont announce anything, still will do the test after maintenance. It its least i can do as a player, if publisher doesn’t care

Ok if we really do have same hp as in kr/ru, why in hell are we getting nerf to our content…

Because people want things handed to them on a silver platter. Challenge and reward are anathema to the modern MMO junkie it seems.

THANK YOU! I already was called braindead and other stuff on Reddit for demanding a source about their 50% more HP claim compared to other versions of the game.

So if i’m understanding this right, there WAS an HP increase, but it was across all regions prior to NA/EU release (around Dec/Jan timefram)? When it really wouldn’t matter to KR/RU since they’re 2-3 years ahead of us in actual progression and can literally faceroll the content, but most people here still don’t know the game that well and are just now progressing through this content.

No, just compared to our beta version.

All done solo. Solid MMO you got there

It’s not buffed. Once you get 3-4 dudes who know what they are doing with the proper engravings , it takes 7-8mins per run . For a team that is still learning , maybe 12mins . A team that doesn’t know anything is of course a failed run . Feels pretty much the same as it was in RU

I doubt you can really test it since there’s way too many variables and a lot of them are randomized.

leave it to Amazon. They started it

Did you even read the thread? This is confirmed, it was across all regions. That’s why the debunks are bs. You’re comparing two regions that had the buff and then saying “they are the same!”. Well… ofc they are, they had the same update lol. The only way to test would be to go to an earlier version.

And btw I also think they are okay altho I wouldn’t really mind the removal, guardians are faceroll as they are. Nerfing abyssals is another story.