Sharpshooters: How do you deal with Fighters in PVP?

Literally the only class I struggle against, not deathblades, not sorc, only Fighters. No matter what I do I can’t get away from them and can’t hit them. They have so many instant dashes/gapclosers and attack so fast that they interrupt literally every ability I have. I’ve only been playing for a couple of weeks so I don’t want to just call them overpowered while being so new, but honestly how are you supposed to deal with such an oppressive class that can be all over you literally as much as he wants and can interrupt every single ability I have?

I’m using a generic build I found online any tips would be nice. Feels like I have to play at the absolute top of my game sweating my ass off to do a fraction of the damage that other people can do with near instant AOE nukes (atomic arrow hits for 600 dmg on impact then explodes for a few K damage… Absolutely sad damage numbers.

Using sharpshooter for some time in PvP and the two abilities that do good dmg is, Snipe & Charged Shot but unfortunately with the changes of the ability points you have to pray you crit. Sharpshooter isn’t in a good place right now.

What your going to have to use a lot is:
Claymore mine: depending on the experience of the fighter its easily dodged.
Evasive Shot: To create space
Volley Fire or Cyber Dagger : going invisible. its most likely the only way youll get away from a fighter or hope that your team peels for you
Move & Cut: Either to stagger or to get away. combo with Evasive shot and thats plenty of space.

A fighter will usually try to shut down rangers to prevent free casting so look out for scrappers because in my experience they absolutely shut down rangers. With plenty of experience you’ll eventually carry your own Vs. fighters. Its an annoying amount of trial and error but hang in there lol.

Cheers yeah it’s rough atm, I can’t clear enough space to help the team since if I’m in range of scrapper i’m stunlocked to death with zero chance of escape. Can’t claymore, can’t moving slash, since it’s all interrupted by leftclick spam… So it’s either hide very deep in backline and fire off snipe/charged shot when possible or get in and out using moving slash and blade storm. Even if I preempt them jumping on me and pop bladestorm in anticipation it means nothing they still just burst me through it.

On top of all this, it feels like my damaging abilities are absolutely pitiful compared to what I see others pull off. My hardest hitting snipe does a fraction of what people do to me regularly with abilities that are far easier and far quicker to land.

Sharpshooter is literally one of the worst classes in the game for PvP, if not the worst. The #1 GM in KR had it dead last in his tier rankings.

You have your work cut out for you if you stick with this class.

I’ve got one more alt to use (have SS and DB) will probably go Bard then since SS is just painful, really feels like I have to play every single engagement 100% perfectly just to be half as effective as other classes.

Be prepared to be frustrated as a Bard as well, that’s not one class you want to play at low level. Once you get out of low level and have teammates who know what they’re doing than it’s fine.

And the rank 1 RU GM put it in A tier. Those lists only matter at the highest level of play.

From my experience personally, you don’t.

Claymore stun is incredibly powerful but you aren’t going to 100-0 someone off of it even if everything crits and you are physically incapable of kiting the Martial classes by yourself. If your team isn’t aware enough to cover you expect to spend 60% of the match in the air and unable to play your character.

Sharpshooter is a blast to play and can put out absurd numbers with a team who is aware of your shortfalls but it’s no surprise to me that Sorc released with comparable if not greater mobility and infinitely better self peeling.

A mistake I see some sharpshooters making is playing scared/only ranged. If a particular fighter is constantly gunning you, don’t be afraid to be the one to initiate melee contact with them first if you don’t have invis and claymore (moving slash> blade storm>dps abilities). Moving slash is incredibly useful as a gap closer for SS as well so hopefully you don’t use it for escapes only.

And the rank 1 RU GM put it in A tier. Those lists only matter at the highest level of play.

He put it in A tier only for NA/EU launch factoring in all the new players. He also put Gunslinger in C tier in the same video, everyone knows GS is high tier. This tierlist is for new players, which will mean nothing once the new player phase is over. Not to mention that video was made before the patch where FoV was extended, making all ranged classes weaker by default.

In the real tierlist where there is no new player phase he put Sharpshooter in B tier. However again this was before all the patches and balance changes, who knows where he’d put it now.

Overall Sharpshooter isn’t a strong class once you get out of the new player phase. Obviously skill is a factor, I’ve seen some SS do high damage so it’s very capable in the right hands just like any other class.

If you get a lucky crit, yeah, and the only two abilities that have high burst one of them has a very high channel time that you can only really use on stunned/downed players.

I don’t mind a learning curve, I just dislike knowing I’m at an inherent disadvantage because of the class I picked.

I don’t mind a learning curve, I just dislike knowing I’m at an inherent disadvantage because of the class I picked.

I don’t play a high tier class either, I play what’s the most fun to me. If you like playing SS than perhaps keep at it, once you gain the skill you can do well with any class.

Yeah that was what drew me to the Sharpshooter, I love playing Hunters/Rangers so I naturally picked it. I do still love the class in PVE despite the PVP shortcomings. Do you know of any top-tier Sharpshooters I could watch to learn from?

I tried this one and had good results with it so far. You are forced to abuse fov but then it works quite well. 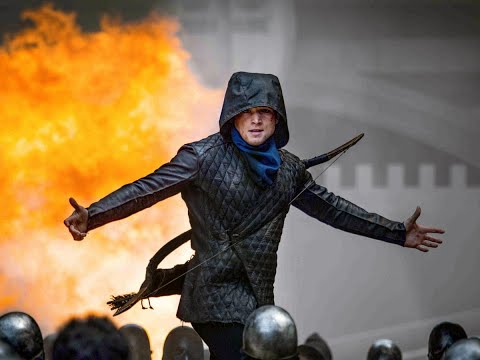 Yeah I have plenty of good games myself but the whole point of the thread is just asking how to deal with striker/wardancer/scrapper?

I literally can’t get away from them when they start to combo me, no amount of CC immunity helps, can’t stun them, can’t run away, can’t dash away, can’t invis out, can’t do anything because their instant attacks and insane combos just keep me stunlocked to death. I have multiple 1v3 wins on record in elimination mode, yet strikers are able to single handedly bring me from 100-0 very often. I just don’t get it. They seem completely and utterly broken. When I can deal with every class 1v1 and win 60% of the time, but one class is able to dominate me 100% of the time it just seems off.

This layout is so much better for arena, idk why we got a LoL Pov.