Skin Cadence Feedback @AGS/Smilegate - A solution to an imaginary problem?

In relation to this update - April 1st 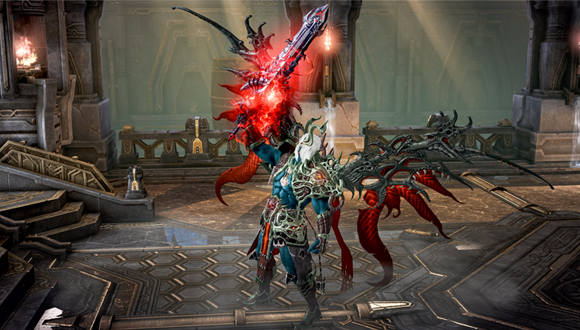 After the changes introduced on March 24, we’re back with an update to top issues we’ve seen within the community.

"Existing skins in the Korean version were released before some classes, requiring art and development time to rig models with skins for newer classes and the special weapons that accompany them. In fact, some of this work for newer classes still needs to be done."

"While we would like to release skins that can be used by players using all classes, we will continue gathering feedback from our players."

So I guess i want to start my feedback with. I think its great we are getting additional skin options for classes that dont have those options on KR.

However, why do we need to have skins that release for every single class we have now that are uniform across the board at the cost of unique class specific skins. I dont think anyone is complaining about Class X or Y having more skins than class Z… Thats already in the game tbh… Sorc has an extra skin that other classes dont right now… Almost no one is upset about this. Same with Gunslinger, and paladin.

So Im not sure why we have to have broad every class at once get this skin. There are many class specific skins in the game that could easily be put out for a handful of classes. Its normal for there to be a disparity in skin count amongst classes in these kinds of games… And even if you do release broad everyone gets X… we still have that disparity here right now…

Theres also the options for i think its called Nerias Dressing Room? That would remedy a lack of diversity amongst player looks as well.

idk, just some thoughts on the situation with the skins