So Clown gives Set Lvl 2 for my Relic Gear. But Brelhaza will give a brand new gear, right? So Is it okay that I skip clown and just wait until December for the Brand New Gear?

No, they transfer the set bonus over 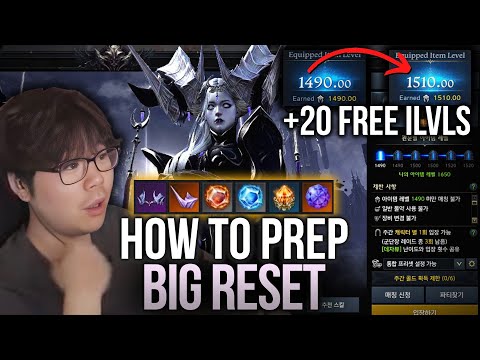 new relic gear will still be level 1 and requires clown horns to get to level 2, and if you want to get to level 3 with kayungel (however its spelt) in the future u need to be level 2 from clown, so no matter what way you look at it you need to raid clown.

in the KR there are 2 kinds of players

those who stop at vyk hard and those that go further, this is where you need to decide what you want to be.

Why would you do that anyway? Clown too hard? If so, well… Brel won’t be any easier.
I guess no more free rides like Valtan or Vykas were. We finally got a raid that might actually be a wake up call for unga bunga players.

More like clown G3 has a bad design and buged hitbox.

Surely you’re not talking about this hook hitbox, right? 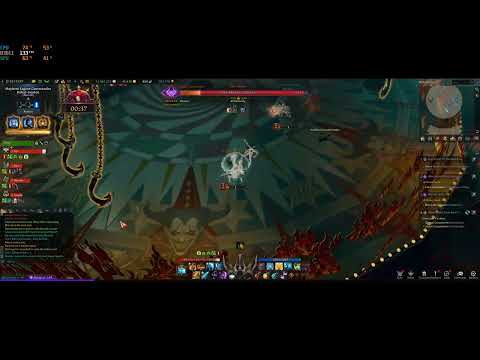 I mean is it really? Just did reclear people just walk over clown 1-2, its only 3 that has problems and I wouldn’t even say those issue are cause its “hard”. Its probaly gonna be the same with Brel as a lot of people have already commented people are just gonna walked over Brel 1-4 and just skip 5-6 after first clear cause its more of a hassle than “hard”.

You see clown put magnets on your toon and the hook its all explained in the lore.

Gate 3 isn’t really “hard” it’s just “annoying” because if you lose 1 person it becomes significantly harder and if that person also hasn’t done their Mario yet then you can instantly restart. Once you get to bingo that part is pretty much AFK easy as long as you can put a line of 5 together every 3rd bomb.

Yup, its not hard just there is tons of hitbox problem and unforigiving one shot mechanics where if you lose 1 player you can just restart the fight. And you died not because you did something wrong but because just like you linked the unreal hitbox, lag killed you.

There is one hock that actually look you down for a few extra seconds also.
end of a line of the hocks coming from north crossing.

I recommend playing with shadows on, helps a lot. You can actually see the “hitboxes” of hooks.

You literally walked in front of it. No bug at all just wrong pathing. It only looks like that it grabbed you too fast but it’s normal phenomenon and couldn’t be avoided from that point

You gotta get Clown G3 done at least once. It’s good practice anyway. Then you can get your lvl 2 set bonus by running gates 1 and 2. You’ll need the set bonus for however much progression you feel like doing when Brel’s 6 gates launch.
Cheers and gl clearing Clown G3.

Clown Gate 3 is considered the hardest raid gate in Korea.
Even with Akkan and Abrel out.

Brelshaza also has been heavily nerfed, we are getting her with her august and previous nerfs.

Gate 1-4 should be easily douable regardless of set bonus.

Cheese way to avoid the saws, just walk deep in the fire, you only have to worry about the ones coming from the opposite direction since they saw well off the map but the ones that spawn dont spawn in the fire. Basically you cut the saws you have to dodge in half.

Just that you know, even korean player say clown g3 is harder than brel.
No one is happy how clown G3 is.

Just keep at it. You get better overtime. No stress.

I only have 1 character that does normal. I am going to wait couple more weeks before I get my 2nd kaku really and try random. Hope, by than. Everyone at that can do it is good enough

Also, I will get that kaku title. Is going to be gate keep by title soon enough. Just going to happen. So, get your practice in right now while everyone is still going at it.