So about the skins that already are in your game 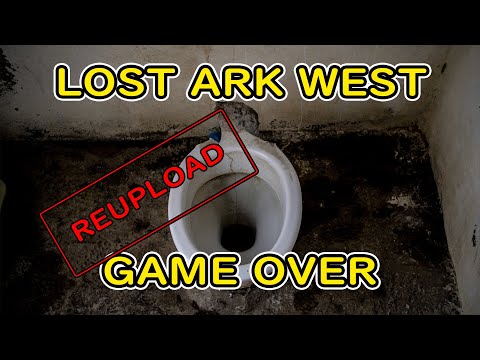 I’m legit pissed off rn, bout the drop this game into the shredder ngl

I’m 2 rage induced to even try and type out a decent topic, but watch it.

I recommend breathing and reconsidering why you play games if anything skin-related upsets you. I’m sure the guy has valid points but nobody is watching a random 30 minutes video to find out what exactly is making you angry, sorry.

Why would you think they wouldn’t be in the game files?

Ofc they are in the game files. You know why? Because it’s not a new game. What did u expect. Add all the skins in first day with each price being 30$? What do you tnink will happen to the market?

hmm perhaps it would’ve been better to use how we’re being bend over in terms of Honing mats, I-lvl requirement, gear tradability, gold income, class balancing etc, as bullet points for the argument, instead of how there are files in the game for things they aren’t granting us access to yet.

for everyone dismissing the argument because of poor communication/bad focus, and that refuse to watch a 30 minute video that does a pretty good job at explaining how western players are being gatekept and milked, you’re basically forfeiting any right to a rebuttal by letting everyone know you don’t really give a hoot. which is fine, but than don’t be a reactionary when people that do know what’s going on speak out about the current state of things and how they don’t like them.

cause let’s face it, you can just run this video in the background/second monitor while you grind out your daily stuff ingame.

Edit: also there seems to be some confusion on the whole skin stuff.
the skins he’s talking about aren’t store purchase able skins for existing classes.

we’re talking fully modeled characters for unreleased classes.
as well as fully fleshed out tier 3 armor sets that are currently still inactive in the western release.

“For you, skimpy dressed females is attractive and it entices you to discover all the other things that make the game wonderful.
For others, it may actually turn them off from ever learning how fun and cool and even adorable Lost Ark is. Let’s be real, the Mokoko folk are adorable. I ride a lady bug.” CM words

I am a old woman - and heaven knows I was a bit taken back that the original outfit was not on my player when she started. I like to have my players look sexy - it is pleasing for me to look at while playing. I am positive my husband and other players feel the same.

Or, and hear me out on this, we can just wait for the next person who’s actually willing to spend 5 minutes explaining what’s wrong with the game and monetization strategy instead of “baah waah I’m so pissed and I will quit, it’s vaguely about skins but here’s a 30 minutes long video for you k bye”.

because anyone taking the time to write out what is wrong with the game, that has already been typed out multiple times in multiple posts on these forums, is going to get met by people like you who will then go “TL:DR, i’m not spending 30 minutes reading 7 paragraphs of well constructed and valid criticism, you need to condense this into a point where it can be put into a tiktok video so i can then disregard and misconstrued all arguments as invalid and hastily constructed because i have the attention span of a coked up ADHD patient. if you don’t like it, don’t play it, it’s still better than WoW/BDO/hellokittyislandadventure, stop complaining you just want everything for free.”

30 minutes of watching a video or 30 minutes of reading paragraphs on a forum, i mean, all of it is already there, pick your poison.

Stop projecting, and frankly, grow up.

OP is making a huge fuss over three years worth of skins not being all dumped all at once on the market straight on release, which is something no publisher would ever do - regardless of the business model.

We all know about the other issues but this isn’t what OP focused his brief rant on.

go watch the video, it’s not about 3 years worth of unreleased skins.

it’s about how the western release is gutted and hampered for the sake of artificially extending player engagement in a time gated manner, instead of allowing us to progress at the same ease that the Korean version was allowed to do when the content we currently have access to was released there.

it’s a game where you can fuck NPCs and everyone will be subjected to harem anime tier story telling and scantily clad women. whoever gave that response is a moron.

Kind of a strawman. They dont have to release 3 years worth. But 3 skins in 2 months?

It was a statement by a CM in a old post, when a guy talked about all the censor

No i don’t want all skins into the game at once lol, never said that.

I don’t want much other than a chance to get my alts easier into t3 with content that we should have by now,

A couple of skins for each class along with that,
Have more choice in classes, yes i do think all classes should just be released at once because it’s far from logical drip feeding them, imagine if you want to main X class but have to wait more than 6 months for it ?

That doesn’t make any sense at all.

It might seem like i’m a whiney b*tch, but i’m still playing the game over 50h a week, i did 90h last week and love the game.

But it pisses me off that i know we could have alot more option to play with, wether that be skins / classes / other - or harder guardians,

It infuriates me that Abys hard mode is locked at 1370 while it should be at 1355, this alone would help alot of players cross the barrier.

What pisses me off the most is lack of clear communication, and the only CM being forced to give responses that say alot but mean nothing aswell.

This feels like wow communication all over again, and if i’m being honest that is what is going to break this game playerbase wise over the next 2 weeks to a point where it might be 2 late for it to grow again.

How is releasing one skin per month remotely acceptable when they’re all in the game already.

What is the phenomenally amazing reason for all of us to basically look the same right now?

How are the laws of physics preventing us from getting like 5 of these skins?

the end is nice