So, EU Central is lost cause then?

According to this update: 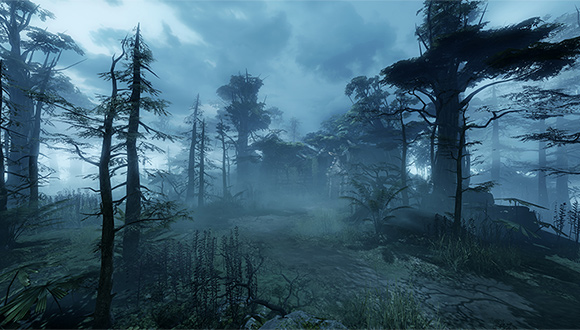 We appreciate your patience while we work through these launch window issues. Your feedback and issue reports are extremely helpful and appreciated, as we continue working together to make Lost Ark the best it can be.

Neither matchmaking nor queue problem is going to be addressed in any forseeable future, we have only the exact same vague statements that are basically “oh well, we can’t make it better, take it or leave it”. The theory about them just stalling with corpo PR speak to make problems solve themselves by having enough people to quit the game seems like real thing now, I guess.

It’s really disheartening to see, especially when CMs are also ghosting those issues for about a week now. I guess it’s time to drop the game and maybe check it next month.

I am not sure how it was determined that matchmaking is not going to be addressed; please review the matchmaking section in the article you linked.

Matchmaking Issues
While we’ve put some changes in place to help improve the unstable matchmaking that occurs in Europe Central region, it’s clear that these efforts have not been impactful enough to make a major difference. The team is still working on a long-term fix for this problem, and want players to know that it is a top priority for the team. We’ve identified a possible fix that it is currently in testing, and we will share an ETA as soon as possible.

. I guess it’s time to drop the game and maybe check it next month.

Well, do that? No one is holding you back. They can’t fix the queues so deal with it.

Yes, I read it. But that’s what we heard since the issue started. I’m sorry, but I’m at the “I believe it when I see it” point. Don’t take it personally, I know it’s not your fault or responsibility and that you (and other CMs) are doing what you can, but we’re hearing same things over and over again but nothing really changes and if it does, it’s for the worse.

First the queues, then the matchmaking issue, the shop not working, the gold seller bots, the hackers. So far only the shop got sort of fixed, so i’ll just leave it at that.

Starting with an insult, nice.

They can’t fix the queues so deal with it.

If only mankind would know a technology to help with that. If only.

But for how long will this go on. A month after release and still no fix for something that is so important to function correctly. It shouldn’t be “top” priority, it should be THE priority.

I’m playing on ASTA probably one if not the worst server with queues. The Matchmaking is working mostly, you have to try a few times in prime-time but it still does work at some point. We were at a point where matchmaking did not function for a lot of hours per day, this is mostly fixed. A fix that completely addresses this likely needs a lot of time, as its directly connected to the overloaded servers.

If only mankind would know a technology to help with that. If only.

They can’t add servers because of the structure of the game. So Smilegate needs to rebuild the entire foundation for that? This can easily take a year and then the queues are gone either way. No gain, not for us and not for them. As precious dev time is wasted. Yes, they should have closed the servers earlier (they did and got pressured to open them btw) but its now in the past, can’t change that.

Maybe because there’s been zero progress in this regard , beyond people leaving the game, eventually it’ll fix itself and you can finally say you did it i guess.

Dont worry guys we’ll get noticed at some point in time. We just gotta pray that an NA server gets the same issues and we’ll have a fix… I wish i was joking but when they leap to fix a quest bug in NA after 1 day and gave huge compensation but leave EUC 4 weeks…with… You’re gonna start believing in conspiracies.

I agree with the last part. Not getting ANY compensation at all for the terrible conditions on the EUC server since full release is disrespectful. And I mean to the EU players specifically, as was done for the players on the US server that got their mainquest bugged. We can’t progress as well due to queues and countless problems with matchmaking. I hope they are waiting until they have fixed the problems to announce what they have planned to make it up to the EU playerbase but I dont hold my breath

I wish i was joking but when they leap to fix a quest bug in NA after 1 day and gave huge compensation but leave EUC 4 weeks…with… You’re gonna start believing in conspiracies.

You gotta understand that the amount of players in EU is huge compared to NA’s. Not that they’re not big, they are, but there’s no comparison. It’s 10K queues every day on EUC so… It’s not that “they don’t have these issues so they don’t get fixed”, but rather our region being completely overloaded and current technology not allowing for a better service. People just needed to move to EUW when it opened instead of hoping/expecting AGS to fix everything or for other people to leave.

well, there is still hope they somehow manage to remove some bots from the game. And the amount of them running 24/7 makes queue problem much worse then it has to be.

I think you have a fairly decent read on the situation. The players can only wait or quit. They are not very transparent about what happens behind the scenes, if anything.

I personally had zero queues for at least a week now, even on Primetime. Mhm, because I obviously should follow all the streamers in EU (majority aren’t even speaking my language or english) to know which will be crowded. I was following community chart until the headstart launch and picked Thirain as it was in top 3 least popular alongside Calvasus and Slen. It was fine at the beginning and then 18k queues.

I personally had zero queues

This is just happening to a few servers, out of dozens, unfortunately.

First part sounds like bordering on Stockholm Syndrome, please stop. Saying that it’s better because matchmaking now works in 30% cases instead of 3% and we have 8k queues instead of 20k is just sad. And you know that this “improvement” is due to people quiting, not AGS/Smilegate doing anything. And no, Asta is not the worst. From what I’ve seen it’s on par with my server, Thirain. Kadan and Zinnervale have it much worse.

They can’t add servers because of the structure of the game.

And having archaic game architecture justifies negligence how exactly?

As precious dev time is wasted.

I’m sorry to break it to you, but people who are working on backend and netcode are not the people who are desigining and implementing actual content for the game.

Yes, all of them being original “founder” servers. No matter how anyone would like to spin it, the core issue is that someone in AGS/Smilegate decided that region with twice the amount of players than NA will have only 1 region and less servers. They are repeating New World 1 to 1.

It was either gross incompetence or pure greed to go for max profit with minimal cost. And now the only two ways for this issue to solve itself is to either implementing server transfers ASAP (even manual, like in KR version at one time) or to just stall with PR damage control and wait until enough people quit the game. Obviously, now we see the latter happening and not even a sign of the former.

I’m in Kadan and when will this hell end? I didn’t even talk about bots.