Someone has maliciously stolen our guild name

I’m writing this post as a guild master of a Neria based polish guild Pay After.
Recently, as the servers have started, we’ve learned that someone acting with a malicious intent saw our guild name on the official community document with guild lists for each server and has managed to claim our guild name before we’ve had a chance to.
We’re a community of over a hundred with an active discord and a core of experienced players with Russian and Korean server experience who are very committed to the game both time-wise and financially, so this is a really troubling issue for us.
Below you will find attached a screenshot documenting that the player who took our guild name acted out of malice towards us, as the guild was made with an alt account on Neria server and it has only 1 member since the day of its creation. We’re also attaching a link to the official community spreadsheet with guild names and guild masters.
We’d really appreciate if you could do something about this issue and give us our proper name back. 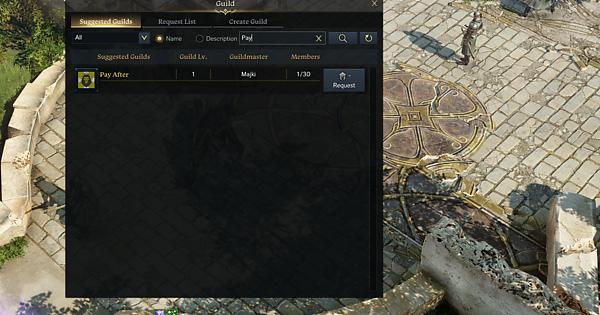 he got you good

but for real, I don’t think anyone can do something to change that except the guy who made the guild as it’s everyones right to take a guildname what they prefer

Where is the proof of malice intent?