Both of those are viable, but swift bard is for shielding and keeping skill dmg buff with 100% uptime(Preferable for learning/prog groups or sustained dps comps) whereas Spec is for healing/ keeping specialty dmg buff up with high uptime(preferable for burst comps).

Not sure if it’ll be of any help, but looking at the top 3 ranked Bards on Loawa, they seem to be focused on swiftness, but not fully. I don’t really know anything about your class, but that’s what those guys in the top 3 are using.

I saw KR bards but still wanna hear some mains

Spec bard will always bring a bigger dmg buff to the party and buff more often than swift.
the only advantage of swiftness bard is spamming shields and keeping your idiot team mates alive.
In short if you have good team mates spec is always better.

Swift and spec with full relic set need same time for 3 bar buff cause u can spam ur skills more frequent. Spec is just stronger damage buff window. So if u have a igniter sorc u want spec if not,well u want swift for 100% attk power buff uptime.

Source? I keep seeing people repeating these exact same words and never ofering a shred of evidence for their claim.

Spec is certainly bringing a greater atk buff to the table as the buff scales off the spec stat, and swift brings more shielding, but with the relic set, it certainly does take about the same time to generate 3 specialty bars based on my own testing in Trixion’s Training Area.

Choose Spec Bard if your static party is really good, and doesn’t need healing as often. And change Heavy Armor for Spirit Absortion.

Safest (and more expensive) choice, performs really well in all situations regardless of party experience. Personally I would use Heavy armor as my 5th engraving, because after you learn the boss patterns, you don’t really get hit that much.

Also, consider using Magick Stream instead of MP Increase, this engravings gives you mana regen, as well as skill colldown at max stacks.

Spec Bard’s main advantage is the efficiency of the damage buffs, but they are slow af and have long cooldowns, so it requires better management of your skills and can be slow to react, which is why is better with more experience players.

Meanwhile Swiftness Bards are fast af, and perform really well regardless of party experience, But they run out of mana often (Even with Heavenly Tune), to counter this you must use Convition/Judgement and/or an MP engraving.

Bard main here 1477, I tried both, I enjoy swiftness more overall. You get to spam your abilities more. Spec is just the burst version, like Tai scrapper vs. Shock scrapper. Your preference really, but most of the time when I’m supporting, you need to be able to spam.

jammuu do u use mp encrease?

If you have legendary conviction and judgement, that will cover your mp drain because yeah if you spam too much, you will run out. But in Legion raids like Vykas and Valtan, there are a lot of mechanics and checks, so you really don’t have to spam that much. you’ll have plenty of time to regen.

As for Vital Hit, I don’t think there’s content currently that requires that much stagger, maybe when Clown and Brel come out, but you can see all those top bards have Vital hit, so it’ll probably be necessary, they’ll swap out Heavy armor in that case usually. But i’ll always run Heavy Armor, because I doubt we play like the top 3 Korean bards in the world.

vital is not necessary at all, supports just have no options for engravings

i think i’d drop expert for vital if i find myself needing more stagger damage. drops is best dps engraving for supports and awakening and salvation pretty much not replaceable and with bard being the squishiest class in the game w/o heavy armor it’s kinda almost mandatory too to ensure you have easier times protecting allies and getting buffs out.

i run 1350 swift and like 650 spec, i need a better neck since its only quality 32, and i have one leg ring that is using spec
I think swiftness help with cd on dashes too, being more mobile is more fun to play imo.
A good amount of people are running cursed doll so having that extra spec for extra heal and extra gaguge gain is nice.
I plan on only have enough swiftness to cap on movement speed.
max MP is nice when doing guardians. or you can just eat food and you wouldn’t need max mp at all.
I find vital only useful on booba p3. i would rather get drop of ether if you don’t want to use max mp.
I don’t think i can play a class in this game that is not mobile, too smooth brain for that.

I play full swift myself RN. Was thinking to go 50/50 with SA (if wont overcap). Does anyone play something like? Going full spec is a mistake imo, becouse of huge CDs on attack buffs and going full swift overcaps AS/MS. Just wondering how it would go 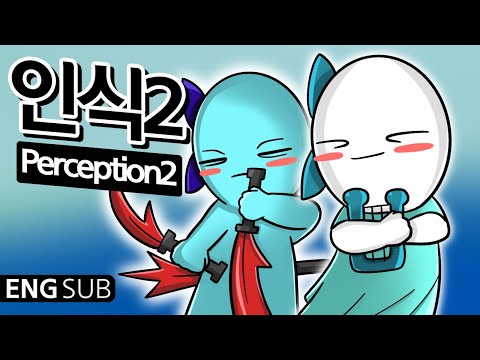 Anyone who says swiftness is worse is obviously wrong. Who would want to suffer being slow when you can be one of the fastest in the game. I was heavily considering both and just the lack of movement speed would make spec bard incredibly boring and way harder to play for no benefit. Maybe it’s better in the ultra end game if your team is always amazing but I’d much rather be able to run around spamming skills.

My alt is 1445 Swift bard and i run salvation, awakening, spirit absorption. So braindead and easy to play. You don’t need heavy armor only thing i might opt for is vital for clown.