First of all, thank you to all the community managers for keeping this forum alive and for taking the time to answer us.

I would like to propose the following idea:
Is it possible that one day we will see the possibility of not wearing a heel on a female model?

I think it’s very common in Korean games to have this kind of model, but it would be so much cooler to have flat shoes like the male models.

Unlikely. High heels are baked into the character model. If you were to remove the shoes from all the female player characters they would be standing on tiptoes. They would need to rig up an entirely new model for flat feet

Are we really sure?

The female model of Sasha in Arthetine wears boots without heel for example.

Atfer actually checking if I can find any model without I was successful: NPC animation are much more simplistic and have fewer transitions, because NPC don’t have heels doesn’t translate to player characters being ready to go without them
But yes I would love to have a female character without it, they could do it for a new branch of class if they don’t want to rework old ones

I can’t tell if this is a repetitive meme or you are actually serious.
Of all the improvements that we could be asking for in this game you choose to talk about female footwear and that is beyond the scope of my logical thinking.
Even replying to this thread is a disservice to this community.
Heels. Please stop.

This is seriously an issue? If it bothers you this much go play some other mmo.

There are always going to be “more important” issues that people will have concerns about.

When do you think a good time would be to ask for cosmetic changes like these?

If AGS and SMG spent less time chopping up our content to drip feed us, they might have more time to address concerns and requests like these. I know many valid, serious, and impactful concerns are falling on deaf ears right now, so why not ask for some more stuff.

It’s all getting ignored either way.

I want this in game… is so terrible watching a women fight with this type of boots. I guess we in eu like more cooler stuff like armors not a bikiny when fighting

You guys are obviously trolling. bad actors. stop. Do you even know what game your playing here? Have you been to Punika?

To answer _Raven and warrstein it’s not an issue like you said, it’s a suggestion, as written in the title.

I’m not asking for this kind of suggestion to be given priority over other more important things in the game, far from it.

This game is very much about the economy of skins, it’s fair game to ask if it will ever be possible to have something other than heels and stilettos for the female models.

It’s not a troll, it’s not a meme, it’s just a suggestion, whether they take it or not.

They listened to me, i’m so happy. 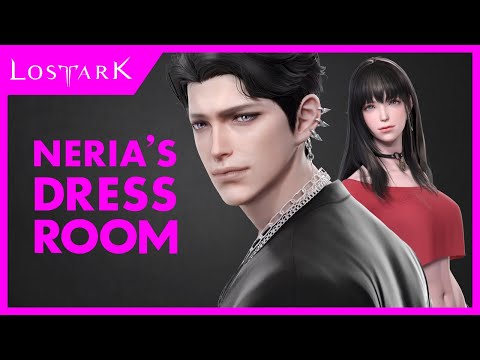