I remember every single content creator, and gold river himsef saying, “don’t rush. Play at your own pace” when the game first came out.

So much for that.

Honestly if you didn’t compete clown in the first week or two of it’s release, you’re probably stuck buying busses until you get gear/title or just accepting you aren’t going to be doing clown.

Or maybe some saint that’s cleared 100 times will be willing to start their own party and invite you, and patiently go through the raid while you learn from your mistakes, but I wouldn’t hold my breath for this.

It’s going to be the same for Brel and basically every raid/dungeon going forward. And the forums posters will tell you, just make a learning party while ignoring OP couldn’t get a single person to join theirs while they were a support on Saturday night.

noone will get jailed in a learning party, to 25 non brel gear is waste of everything AND a non clown upgraded set will not get you anywhere if you are lacking close to an engrave of power with no upgraded… you have to buy busses untill you have at least 4 set bonusses on your bard and then try to join regular parties and learn there at the risk of getting kicked after some screw ups

Your approach wrong remember this a P2W ASIAN KOREAN MMOrpg

Emphasis on the Korean.

It req a diff mentality and attracts a certain crowd that issues blank statements and people consider it Dogma when in reality most who cover game are full of shit and only tell you what you want to know. Case in point Saintones infamous Brel G1-6 vid that had everyone drooling: 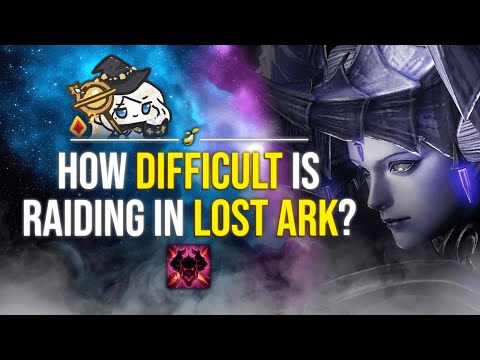 What is missing is that in Brel G6 many in KR hate the raid because you have to hold DPS for mechanics and run around like a headless chicken even on item lvl. Also many bugs and BS mechs that are RNG not as much as Clown but enough to ask wtf is he talking about? Also Brel has an exploit to cheese raid as well as just buy the Bus culture get carried by 1 DPS. Brel G6 is actually easier than Clown G3 by a long shot due to not resetting if even only 2 players are left.

It has been a race from day 1 and it will be until the end.

U cant cuz there are restrictions.

A large community of English speakers who discuss and play the MMORPG, Lost Ark | 232,886 members

Guild support in LOA trash as well as other things that are frankly better implemented in other games. This game req a lot of extra work on your part to set up a solid foundation.
I think its because Netizens in KR often use the same social media platform to discuss things like how everyone on China uses Weiboo. KR uses Iven and idk

In America our social media usage is actually shrinking for some companies and we are on multiple platforms.

Well its aktualy not that hard.

For exampel joining a Brell 1-4 Runs talk a bit realise there are some nice people. Talk more for fun. Add or they add you. Evuala future mates. Asking same day next ID if they want brell or is there a slot free. And thats how u play an MMO.

Discord are nice too. Through my 1 year LA is got alot Discords.

But then people dont even spent a minut to chat or try to get some mates through there weeks/months.

Then they complain about gatekeeping etc.

And OP talks titel says everything " sadge " some twitch meme word. I cant even know if this post is srsly or troll.

I remember every single content creator, and gold river himsef saying, “don’t rush. Play at your own pace” when the game first came out.

Are you nuts? Every Youtuber was telling everyone that nothing in the game was worth it other than rushing to 50 and getting to Legion Raids. Just wait for Valtan, they game gets good at Valtan. Okay Valtan was easy, wait until you see the booba of Vykas, that’s when it gets good. Okay you did typing now wait until you see the challenge of Clown! That’s when it really gets good.

This has been the same cycle from the Youtubers from the beginning. They were litereally telling people to skip everything except story quests because the rewards weren’t worth it and the only thing is the end game. Spam G through the whole thing. It should take you like 8-10 hours to get to 50. Only do horizontal content to get skill points no reason to do any other. This is what I remember literally everyone except SG saying.

It is close to end of the week. So, very likely a lot of people are already done with their raids and remaining people are looking for fast runs to complete before reset instead of learning party that can take multiple days. I can’t help this week because I don’t have any raids left either but if you are in NAE, I can help you next week.

@Ta1 Dang look at all these learning party He’s too busy being gatekept on main by other people’s alts.

also I have done all my raids already

Congrats?? It’s Tuesday… Most people I know have their rooster raids done by the end of Thursday.

thats what I said

No need here you go the OP poster

I dunno why my response got deleted

forum andies flagging you too?

they must think you are on my side or something xD

the mods here are something else I swear