AGS has a job posting for a data scientist fraud specialist whose job description is to rectify bot issues. It seems they don’t even have anyone on their team to address it properly right now

I had a feeling AGS didn’t have the experience, expertise or the tools to address this. I guess it’s good to have that confirmation. A glimmer of hope that they care.

@Roxx You claim this was a server stability issue, however I check the server status on your homepage all the time. when I get these quese. Every time I see NA WEST REGION has all of their servers listed as busy and all have long queues. When you check the other regions maybe one server in that region is busy and the rest are good. I created characters on some of these servers as a test, keeping one on NA EAST SASHA, and had no issue nor did I see a bunch of bots running around. But going into the NA WEST region almost all the servers I could login to, have an influx of bots. THE NA WEST server obviously has the most players as they also support the Oceanic region and some Asian countries whose players want to game with their western friends. Shouldn’t the NA WEST be prioritized since it has the largest player base? Or is it because they have the largest player base it is harder to stabilize?

I know its your job to try to control the messaging, but the reality is, on west coast servers, I saw, across all the servers about 25k in queues. At this time, concurrency was 430k. Approximating west coast as 7/56servers, it should have been about 54k of the 430k population.

but let’s just double it to give the benefit of the doubt, since it may be more players in certain regions at certain times. 100k players, with 25k in queue.

thats a ridiculously low level of service. Any solution to any problem that locks out 25%+ of users, is not a viable solution or work around. 25% of people not being able to access a server is a failed server relationship, and deserves emergency priority.

in the future you should advise smilegate that solutions that lock out 25% of people accessing a service cannot be allowed to stand for a week.

imagine 1/4th of all of Amazon’s transactions failed due to server issues. Would that be a feasible solution to slow down?

I have a new born and a 16 month old which means I have random hours here/there. These queues have removed all possibility of any game time.

I picked Shandi due to the lower pop. Sad times, I’ve somehow made some time for LA but that time is spent in queue versus playin. There shouldn’t be a queue of 8k+ at 5/6 in the morning, there just shouldn’t be.

that they don’t pay to record a normal program so they don’t stay bots forever anymore. just delete the pay and they get the same bots again the next day. If you do nothing, the last rows of the table will remain in the game and no one will want to play

I always thought people that are getting queues are very unlucky and i was just able to login anytime without issues, but today is the first time i see that famous queue window(una server). I already had the issue where it takes 2min to load into Chaos dungeons or other contents since weekly reset but damn this is unnaceptable.
It already takes 5mins just to launch the game and you have to wait for 1 more hour to login because of the bots queueing.

I had a 2 hour queue yesterday mid-day.

Right now, I’m guessing our queue is around that. Its over 3k right now…I"m stuck in it

I had a 5k queue at 3pm EST yesterday. Last night I had no queue to log in. I thought they had fixed it.

Today i have another 5k queue at 3pm EST.

Lock the damn servers then. I have over 1.3k hours played in this game and wouldn’t have an issue if the queue was due to actual players wanting to play, but I cant play b/c bots need to keep making more accounts and get to “play”. TBH this is a joke and shocked you guys have not locked these Busy servers so bots cant keep making account. Unfortunately if this isn’t fixed by the POE new season release you just lost someone. I dont expect everything to be perfect, but even on release we didn’t have a queue like this, but months later we do. Laughable. Fix this crap. 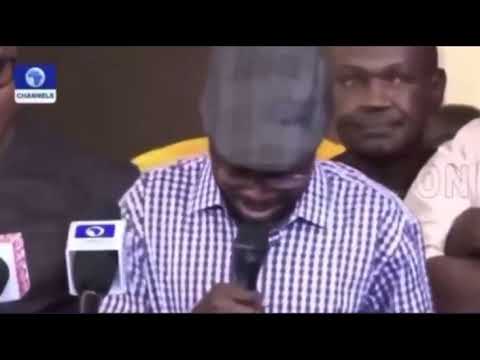 I’m so confused as to how last night at NA East prime time I had a queue of 71, and today I have this queue as well.

Imagine spending more time in a queue than you planned to play for a day. I just want to get my dailies done lol

It won’t stop until they just have someone manual banning. These bot trains are blatantly obvious and let the counter measures take care of the higher level ones.

Azena has always been the most popular NA East server currently with no queue. Imagine the blowback if all the streamers and youtubers had to deal with this.

The bots are infesting Una because was space for them after the update. They all run the exact same scripts and connect to the same server. They will spread out themselves after the next update without AGS lifting a finger.

To blame this on anything other than bots is extremely disingenuous and why most people believe CSMs are nothing more than professional liars.

Akkan has been terrible. 45mins to 60mins to login.

If you can’t ban all (or even most) of the bot accounts, then implement a way for players to have preference to join the game.

4500+ queue but if you do this captcha then you move to the front of the line.

This doesn’t fix the bot issue but would “help” with the queue issue.
If it doesn’t work then just roll it back.

right now im just hoping that they would address and make a solution to this problem before valtan release. i really hate to play a queue game.

Think about what u did after GA: numerous maintain to deal with ‘BOT; Reduce gold earning for early task; VPN Ban for oversea player; set barrier using mailing function; reduce server capacity: postpone content release. Nice work Amazon, all the action you take is directly against your principle. You are not trying to help normal player but just pretending doing something and keep your KPI look good.