So dissapointed in this game, just wanted a game to play with friends but the suttering issues is too overwhelming for me to enjoy the game. Wasted money on the pack i bought for this game. Tried absolutely everything but nothing works.
Polling rate on mouse, cap the frames, turn off chat. Seems to be an issue with korean mmos in paricular. Have no stuttering issues in other games except black desert online and this game. Utterly dissapointed! 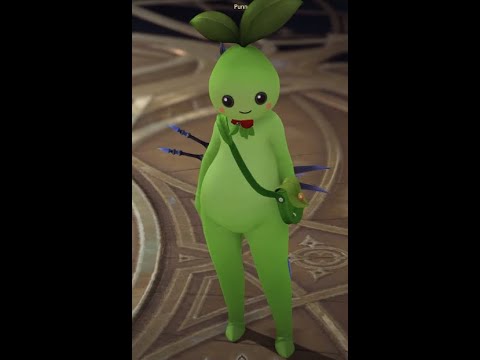 Also uploaded a video so we all can gather in silence

What does the graph represent?

I’ve got the same issue.
I have at least the recommended hardware, but even on the lowest settings, this keeps happening to me.

I also tried some tweaking in my Radeon software, but nothing seems to solve it.
Maybe it has something with map loading? IDK

Amazon doesn’t have any sections where Staff previously solved issues but after looking through the game support forums i found one relevant thread to this:

Even with a high-end PC; *RTX 3080 *R9 5950x *32gb Ram *M.2 Storage **Windows 11 I can not get above 20fps. I’ve lowered graphic settings. Tinkered with multiple OS settings (Game Mode, Xbox Game Bar, Power Management, Hardware Acceleration, etc) Nothing seems to help with my frames. When the game is running, my CPU and GPU usage is no higher than 30%. Is this game just poorly optimized for higher-end CPUs? Any help is appricated.

If you scroll down there is another link to another thread: (you said you’ve done that already)

As you can see, the msg on chat makes huge fps drops on high end pc

Guess we’re in the same boat, hope you find a solution.

might be tied to how the game loads the map outside your fov.

I tried playing zoomed in aswell, but i guess you mean in general?

Weird how it affects some people, but for some not.

Well, there is all kind of wonky stuff when it comes to hardware.

Im having the nearly same setup as you and for me it only occurs when i lower graphic settings (around medium it starts) yet if i push everything to highest its all good.

Have you tried the following: (from the Steam forums)

I am still trying to find the thread where Staff had more ideas regarding moving the installation folder to another HDD instead of an SSD. Don’t do that yet…hopefully i find it soon.

I read this could be solved by switching DirectX back to 9 haven’t tried myself because the times it stutters are just a few and it doesn’t bothers me. Have your same setup

Will update this list, if some other tips comes or if i missed something.

Disabling the antivirus program worked for me, the stutters stopped completely.

Okay so you went all the way like others did… Just found tons of threads about stuttering but no definite answer to the problem. The conclusion there is that Smilegate and Amazon gotta sit down and make some magic happen…

If you want i can edit this post and add all the links in there.

I tried disabling Malwarebytes, also turned off microsoft firewall. Did not work

Sadly yes, I have seen some gotten help from some of the solutions as well.