DPS measures like this are actually almost completely useless… these were tested on a stationary dummy, where classes with casting abilities tend to do disproportionately high in… also the way the in game dps meter works in that training room, it actually favours burst over sustain dps… so again, sustain damage builds tend to rank lower.

So when you factor these in, in a real fight (ie. not a stationary dummy), classes that can maintain dps without dropping off, are closer in terms of dps to the test dummy. Ie. the amount of damage they do in a real fight is more similar to the amount of damage they do on test dummies… meanwhile classes like igniter sorceress which have burst windows and cast bars, and their damage can drop off significantly if they miss their skills, actually do much less damage in a real fight.

Whereas a class like summoner which has the highest ability to sustain its dps without drop offs does closest amount of dps in a real fight as it does on test dummies… because most of their dps come from their pets.

Well tuned Soulfists aren’t that weak in KR, at 1800 spec Robust spirit only has a 10 second cooldown. It’s just for now Soulfists and Martial artists in general are weaker than a lot of other dps.

Just need adrenaline and keen blunt weapon with overflow, so it’s pretty cheap to do, very doable at 1370

yeah dont use maxroll builds, there are a lot dogshit things in there

Care to explain what is bad? For Robust spirit i dont really see what i could swap out

I’ve been keeping an eye on this guy’s channel and his last video is very informative, good stuff for soulfists. In this video he goes skill by skill. 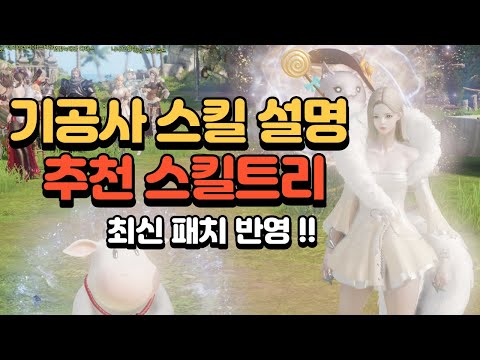 Sry that wasnt ment class specific. I have no clue about that class

Unless you’re over leveled getting into groups is pretty rough

What I wish I had on my soulfist:
1.Super tenacity during hype.
2. Energy overflow: Ability to enter the next hype stage automatically to not miss the next stage.
3. Robust spirit: longer hype or shorter recovery. Hype is too short considering losing 2 levels and only spamming during hype.
4. Whenever I miss my spirit bomb, I wish it had some sort of a pity hit called “after shock” (Maybe hit 30-50% of damage if the boss isn’t hit directly but was in the screen)
5. I wish my party buffs had lower cool downs.
6. I wish my victory shout stacked across skills.
7. Are summer skins coming?

These are all excellent suggestions. To add, i wish when you pressed x to extra hype mode it saved how much you had left and increased from there. Aforementioned point seems like how it should work, would really help robust spirit.

I didn’t understand these guys as well, if you check the loawa website you can check the skills the players with the highest ilvl of each class is using, but maxroll builds aren’t that far off, for the EO and RS builds at least there were only 1-2 skills that changed, but with the same recommended atributes from maxroll

Another DPS? What is it, 90%, of classes that are DPS and they add even more?

I find energy blast still underwhelming esp the slow ass direction change just takes way too long to redirect and the initial casting time is ludicrous, one would think by that animation the blast would melt faces off instantly but you get a weak stream that tickles enemies for a while if they still are where they were when you started casting…. It works better for stationary mobs though…. In Chaos Dungeons I hardly ever use it mainly due to the fact that crippling barrier is up before EB and actually you know… kills stuff….

yeah, I feel the same, I removed energy blast from my build for CD, I put Merciless Pummel to kill the elites/bosses faster. I was talking about the Raid Build, however, people in Korea are using Energy Blast and Cripling Barrear instead of Shadowbreaker and Tempest Blast, I guess it deals good damage as well, but since I’m playing EO I’ll keep using these two, I don’t think these casting skill are that much better considering my swiftness

could be with lvl10 gems and maxed tripods… shrug. i have +3 tripods and lvl6 gems and energy blast just sucks at ilvl 1400ish I guess… i understand crippling barrier can work well in raids, for EB… well I guess we’ll have to see once we are ilvl1500+ eh?

If you can change directions, you are using the wrong t3 tripod.

it’s important to keep in mind the buffs and balance changes are made with korean progression in mind. Soul Fists are doing incredibly well with the high swiftness and relic/ancient sets, but we aren’t quite there yet. I’ve seen some soulfists juice the damage but we’ll see how it goes now that people are starting to pick up 2 sets.

you are using the wrong tripod, ferocius strike is the correct one, my EB takes like half second to discharge

Another DPS? What is it, 90%, of classes that are DPS and they add even more?