Wardancer feels so weak compared to other classes in PvP like it feels like I have to perform 3x better just to compete. I pull my weight every game doing at least 300k dmg every game and not as much dmg taken. It doesn’t help that ranked is pretty bad because I can’t even get a positive win rate with my stats and the MMR system doesn’t seem to take ur performance into account. This makes me wonder how people are even climbing like are yall getting 500k+ dmg a game or getting good teammates?

This is mostly a rant because I know PvP won’t be changing much since it’s not a main focus. I really like playing wardancer in PvP so I just wish it were a little more balanced.

PvP has a meta for sure, but doesn’t seem too obvious unless u play. Wardancer is good in the team elimination mode, because it’s very strong 1v1. However, from my experience, group play is impossible because there’s just better classes. Classes extremely powerful (all rounders) would be the pallies, sorc (obviously) and any gunlingers/assasssins (if played right). I was told gunlancer is very good too but from personal experience they’re all trash along with zerkers, and bards. Why play a bard when pally is much better support in pvp?

Sorc with a pally in rank is simply a easy roll/win. Just build the sorc with extremely massive aoe cc and the pally with shields and some cc. U cannot go wrong with that duo as long as ur aiding each other.

PS: I hope it does become a main focus because SO MUCH mats are from it now. But imo it’s just gonna be toxic poolfest against anyone wanting balance.

yea i agree with most of what u said it’s bad in 3v3 which is what im grinding. I guess I’ll have to switch my PvP class if I want to rank up.

It sucks that’s the case, but yeah if ur ranking just make another alt to lvl 27 and use it for pvp. That’s what Im doing and it’s been working well as long as I get my friend to duo with me on his pally. If not hopefully u can aid randos who have no clue wtf they’re doing most the time. In rank the best play is to sit around each other and smack one person or two at a time.

Think of wardancer as a catch/opportunity creating class, its high risk high reward, but you also have extremely fast juggle combos and very good maneuverability.

Rather than trying to chase kills look to catch people who are out of position, or go in for double/triple cyclones. Once you stop trying to simply secure kills it gets a bit better since your ability to move from one target to the next is really good. Same with outplay, especially vs classes like sorcs or blades. Your ability to dive sorcs is extremely good, often if done right they won’t even have a chance to roll out, despite them having it up.

When it comes to db, have them engage first, its infinitely easier to have them try and engage and either stop them short during their cutter skill, or just go around with a dodge and moon kick.

Idk, personally I like high micro classes, I think eventually we may get a super armor change, but who knows. Watching other higher skill wd players has helped a lot too.

yea most of the mechanics u mentioned were things I learned after playing endlessly on ranked and now that u say it, I really should try to start getting my teammates out of CCs and switch my targets. I also didn’t know that about DBs I should keep that in mind and high micro classes are what I enjoy as well, that’s why I wanted to stick with wardancer. I hope we do get super armor too because it can be hard to engage without it.

i’d highly recommend looking up some inven guides with auto translate or watching people like rhythm on youtube who also has a guide. I cant stress enough that our power comes in the form of ultra fast combos and the ability to control the flow of battle by being a gigantic nuisance knocking them up, floating people, stupid amounts of push or freeze.

1v1 kr guide, just swap some abilities around for t3 by adding cyclone etc. Best thing it has matchup tips for most of the classes.

do u have a source and if it’s true it’s probably because they have way more experience. I can confidently say wardancer is a not beginner class for PvP and would take a lot longer to get good at compared to the other classes. 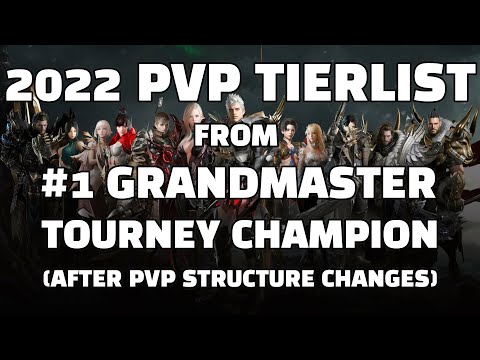 May be some tips in what they should be doing too.

if that list is accurate then I still have hope. I’m guessing it’s hard to master then because it doesn’t seem to perform as well as the other classes if you were to be at equal skill

Well its from KR GM tourney winner at start of year, so more than likely right.

Korea pvp is not NA/EU pvp, dont confuse the two. Just like league of legends is different for both, so too is this game. Just because it’s in korea doesn’t mean it’ll come to us. Just like the honing systems that are removed.

Well yea ofc its different but there is no reason EU/NA can adapt and get better.

I mean that’s true, but highly unlikely. I’d like for it to get better don’t get me wrong. I just find it hard to see coming to us anytime soon. But who knows with the locked mats behind pvp maybe people will complain more for balanced pvp.

Wilderness post was very spot on, on how to play wardancer in 3v3.
The lack of t2 super armor will force you into a more opportunistic player, and catching loners or out of position players.
Sure it’s annoying to see how other classes, like DB grt half their kit in t2 superarmor. But it is what it is.

I think if they give WD a single t2 Sa skill (more so if it’s an important one) it could put her in a really really good spot. Hell even two skills would be awesome. But that’s maybe never gonna happen

I’d have to check but I didnt think we are all that behind, we have the dec/january pvp patch from kr, we are only missing one combat patch, as the others have been qol changes.