The pet ranch gives us some free cosmetics though no? Opposite of making money

compete with WoW Classic Lich King update that releases on September 26th and that’s why they are pushing everything (even the new hair styles) to September.

No chance of that happening. Most likely, it’s just a school season patch, which the Magic Academy outfits dropping in Septemer would fit the theme for.

Sure thing. Im thrilled now that you mentioned. Ty bro

Imagine if class releases were still one every month, then the update would not be “Light”

Bc people on the forums love to cry about any and everything.

Roxx try not to overwork it is late already.

If they only give 1 day or 12hr notice on that type of change, you will see some insane outrage here.

In KR they gave players a month to prepare. I expect AGS to do the same.

Heard that sthockholmers? Pet ranch ain’t even in the august patch.

Does anyone know if the hoodie is a one time buy only or can you buy it on multiple characters?

This thread is more depressing than the patch itself.

24th of august we get a dead “content” update… so september gonna be the last 2 weeks of sept. i guess ? nice one lmao

Content Update each month (however insignificant or small it may seem) IS NOT TYPICAL FOR A MMO.

In Wrath, WoW added 53 bosses, or one boss about every 2 weeks on average. Compare that to Lost Ark. And this is the accelerated “catch up”, imagine what it will be like when it reaches parity with Korea.

If we would be at same time then KR people would cry because longer times no updates and less things to Inform what comes next.

Nobody cares, because we just got these

Nobody notices, because you won’t go up or down personally with this at all and the same tryhard swipers will be your MVP’s regardless of what happens

These forums are really filled with weird degens

what the heck is this picture in there? 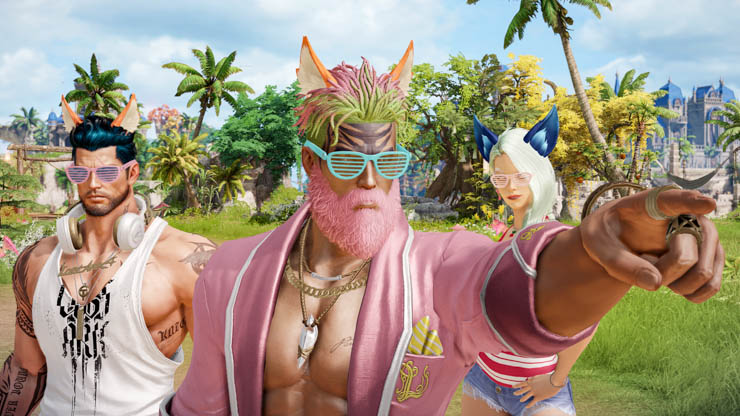 The problem with that academy is, that people, who are willing to learn already learnd and asked questions.
This academy will not change the mindset of those, who think, they are the best. They will still refuse to learn and ask questions, resulting in the exact same trash pog experience.

Everything they will talk about, is already out there on mass. Mostly made by the “teachers” even

They have nothing to compete with there. Classic servers are dead, people log on with nostalgia goggles, realize its exactly what they played already and leave. You would know this if you played it.