What is going on at AGS and SG?

Our version of the game is literally on fire right now

-bots getting worse by the day

-Rampant RMT going unpunished or with a slap on the wrist

-Pushing classes back and only releasing them along side raiding content that they could never be ready for day one. As well as censoring a class for seemingly no reason if not just to appease the people on the forums who have been concern trolling since the start about artist.

And to top of it all off the forums are burning down right now and not a single post or statement from anyone concerning any of the above topics outside of “We are working on it :)”.
I’ve personally been trying my best to stay positive because I love this game and have been waiting for it for years to come to the west. My point is this game is getting harder and harder to keep playing and everytime amazon and smilegate take a good step forward it feels like the next move is ten steps back.

I don’t really care if anyone reads this because i’m mostly posting it as some forum of therapy and to voice my thoughts “out loud” because All my friends that I started this game with have quit due to how bad the game is being run in the last few months.

Either way sorry for typing errors or whatever I hope everyone enjoys their holidays and I hope we get a statement of some kind covering all the of the points i laid out above in more then just a “We are looking into it”. 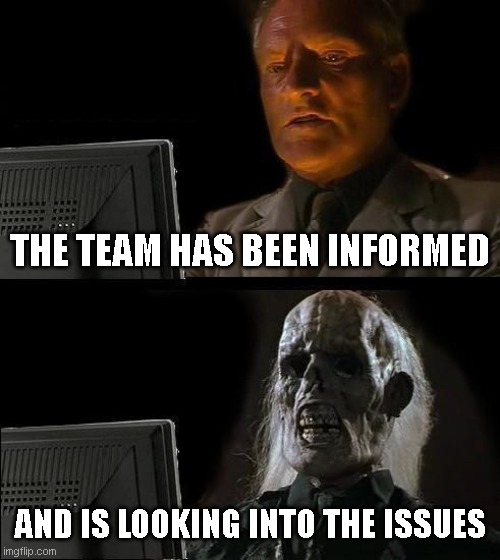 I think it’s time the community accepted that this is the normal state of being for this game.
I am being realistic here. After seeing the three directors in there I realized that we’re now just gonna meet the same tone-deaf dev we’ve seen before in other games we’ve quit.

I think the fight is futile. They got their billions after this release, they don’t need to prove anything else. The purse is full. Now it’s just gonna continue with tech issues, 2-3 classes per year, and some raids sometimes.

Our version is already a shadow of what the kr version is and that’s how it’s always gonna be.
It’s simply cuz the Western version is no longer important to them. We’re just another JP, RU region to them. Game is in maintenance now.

They’ll just slowly port stuff from KR version to this but it’s gonna be too late for a lot of people.
The reality is that they really do not care. So people need to stop fighting and engage with something more meaningful in life, cuz these bozos ain’t worth it.

Facts, the only party who considers the western version is now on vacation. Smilegate most certainly doesn’t care. That’s expressly obvious now to anyone who was denying it.

Lights are off everybody. Go enjoy your holidays. Take some time to think if you want to come back to the game in 2023. I know I’ve made my choice, but y’all should take the time to ask yourselves if you want to.

Yep. People are still in a state of outrage but I really do think that after this last straw the population will dwindle quite visibly. And for good reason. As for now I cannot recommend this game to anybody and I won’t. Game still is rated 1 star on Steam and it will continue to stay like this.

While we’ll still see complaints here and there I suspect people will get tired of the fight and just move on to more relaxing activities.

Happy holidays to you!

Lol, do you even know what the term “maintenance mode” means? I guess not, considering your post.