Why no one talk about the +50% HP of the gardian for our version?

Why there is no oficial statement?

if they were the old values, we could do 6 chars and then have time left for other content we want to do, but as someone that is focused on progression you CANT skip guardians and you WANT alts to do them…

only way i do guardians atm is with a friend, we carry each others alts as its the only way to do them in ANY decent amount of time, since finding a group that actually CAN kill the damn thing in under 7-10 minutes is another issue …

being MVP with 45-60+% dmg each guardian (if i play with on-level people) is also not fun and just shows me that people have no clue, dont care about optimizing dps (this is also for all 3 Tiers, not just T1)…
guardians are just annoying atm

Because people who are OK with how it is now are playing the game and not even caring about the forums, let alone making the game faster or easier.

I for one I am more than fine with these longer harder guardians and so is 80% of my guild. I was only here looking for patch notes, and until actual issues (like for example NOT being able to matchmake with friends during peak hours) arise, I’ll be busy playing.

4mn? you casual I kill mine in under 30 seconds. Get good. /s
I just spent one hour doing guardians and didn’t finish a single one. Died maybe three times over 7 tries. Barely used pots as well.
Get out of here with your 4mn guardians.

Ok, then a question for everyone who’s complaining about that:

Where exactly is this noted? The 50%?

Because i’ve done a bit of research (first listing everything): 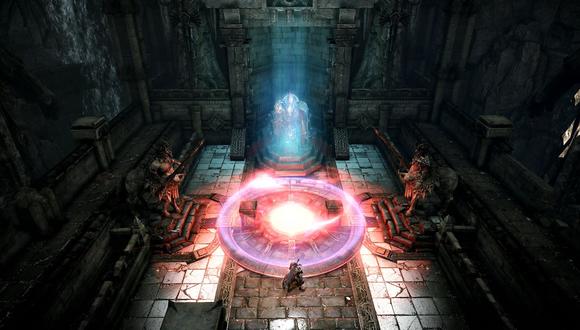 For existing fans of Lost Ark and participants in our Closed Beta test, we wanted to compile a full list of changes and updates we’ve made since the last time you were able play.

— Pve ---- — PvP ---- The biggest ones for me is the DX11 increase is huge and loading times and when starting the game up ‘’ DX11 was a massive performance increase. Not only does the game launch faster, but in the middle of the most populated town, I can hit 100 FPS (the FPS cap that I set in Nvidia Control Panel) in the middle of Vern, whereas before the patch I was hovering around 50-70 tops.’’ (T1 and T2 guardians HP has been increased! ) Thank you Saint and Lin for the translation… 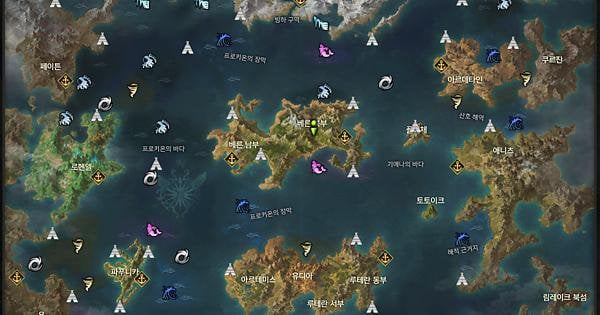 First:
So the first one is the thread, where the feedback to Beta is given. There is a proposal of maybe making guardians harder with more dmg, or more HP, specifically 50%.
This is the only post where i ever read about the 50% aside from all the ranting here.
It was given to SGR, like Roxx posted, but from there on, nowhere is stated, that the guardian raids have exactly 50% more health.

Guardian Raids in T1/T2 have had their HP increased so they will be tougher to kill due to a longer fight duration.

So basically you can assume that the changes of NA/EU are based on that, which would mean:

Aside from that it clearly says T1/T2 guardians, so the argument “get to T3 and you will see” is meaningless.

And in the launch post of AGS they say this:

Another huge point of feedback that we received during the Closed Beta Test was that many players felt like some of the game’s pacing and gearing was not quite challenging enough. We’ve worked to make balance changes to combat this, and while it won’t slow you down early on, the endgame content will prove to be a bit more challenging for players.

There is no indicator for the 50% either.
So please, tell me where i can look up the sole HP-Buff from the guardians. I would gladly change my mind!

Then why @Roxx doesn’t clarify anything? I’ve seen A LOT of his answers pretty fast but with this cause a lot of confusion.

I’m a novice with item level 400. I’ve played the second guardian with a friend and two random ones and I can say that apart from the fact that they killed us I was surprised to spend minutes and minutes throwing attacks and awakening ability and he still had 35% left of life!

I ask you to lower the HP, the daily content should be lighter

My friend told me, my hand is falling asleep hahaha.

And those first 3 are actualy quite easy even with lower ilvl and higher hp, because their mechanics are more easy so high uptime is no problem. Real pain starts from 4th where having good uptime at least as mele is real pain…

On Verthus I had groups where people were not even dying until like 17 min into fight when everybody was already tired with no pots usages left and low focus. And guess what, boss was still on 30+% when we wiped. So even without 50% buff it would be probably not enough DPS to do it with minimum ilvl party. Ofc its easy when whole party is 100 ilvl higher, but that is like cheating because mistake which would give you IK takes you no more than half HP(for example Verthus catching you into his grab combo).

Day 4 of tagging @Roxx everyday in this thread until we get an official answer.
Do we have HP inflated boss compared to the original content?
Can a discussion about this change be started with the community?

See ya tomorrow for day 5! We started work on a new appartement yesterday. What will take longer? Renovating a whole ass building or getting an answer in this thread, I wonder.

Roxx is only available later for EU (probably in about 3 hours) as she is (presumably) from the US. I am guessing by the time she is active this thread is berried deep in the forums or there are too many urgent things. That’s one of the side effects of not having an EU based CM…

I’m not blaming Roxx in any way, she has her work cut out for her. We have 2CM on forums for 1m players, my 30 people multigaming guild has more than that.
Can’t blame me for trying tho, this thread has 11k view and 400 replies, might be time to get involved. I’m pretty sure if it’s still up on frontpage in a month, they’ll have to acknowledge it exist.

why are you guys crying about guardian raids. They are unironically easy and most of them are done in 7-9 minutes. Unless you are completely dog, and cannot dodge anything or showcase any mechanics.

Heck I’ve done all of mine with random matchmaking, and every time we did it fine in the 2nd raid, or 3rd at max. Surely you guys are not severely entitled and a bunch of toddlers.

Same goes with abyss, i’ve done all of mine with matchmaking and it took a bit more time but explaining the mechanics and taking a leader position was fun in my end. You guys are crying for a problem that does not exist, not to mention the boost we get on our mains from the islands, and everything else.

Dude read the thing, people like you have already said that, that’s actually all you say “I’m so strong, it’s so easy, get good” and we answered several times. We know, you’re very stonk, that bear was a piece of cake aint it?

Now assuming you’re consistently pulling 10mn, you’re a very good gamer, not the norm. I’m an above average gamer, plays PoE, SC2, competitive raiding in WoW… this content is impossible to pass for me. Call me a noob if you want, your opinion is irrelevant. You’re not a gold standard, you’re from a minority of excellent players.

I didn’t do a guardian in two days because I’ve reached the one shot mechanism stade and pugs just cannot deal with it. I’ve lost two hours of very limited gaming time for nothing. Not even my own fault since i barely die. I just watch pug jumpings into AOEs for hours. It was pure frustration. And I have to do this everyday? Twice a day? On each Alt? As a main bard? Get out of here. So far I did 0 guardians in 2 hours!

I know, you’re very stonk, Elden ring is coming out soon don’t worry, you’ll have plenty of hard things to do, let us enjoy the game. Getting some real “Why don’t homeless people just buy a house” vibe here.

That mean my friends and I would have already killed Tytalos twice then, both time we died when it had 30% or less HP…

For whoever have experience with the game will disagree with you. All current bosses we have are way easier than before… If you find guardian raids hard i don`t see you finishing any legion raids in the future…

I don’t plan on doing weeklies before work with pugs, that’s why there’s a weekend and I have guildmates. But please, keep calling me a noob.

Thanks for all of the feedback on this topic – we’ve been monitoring discussion from players closely, and will have an update to share on Guardian Raids soon.

Does anyone know how the HP scaling works? I find the HP right now to be fine for a solo challenge, but maybe not scale it 1:1 with the number of players in the group.

They aren’t hard at all.