Which one do you think is better in choosing your position?

NESW before cus I would say most mech where cardinal directions. Now with Brel I say x3 and x3 + 1 is the way to go.

You are right. But today something very funny happened. He said nesw + 1.

Human brain functions better with numbers than with words and with words like NESW, any position can be north, east, south or west depending on location. For example in brelshaza g4 you’re in a rotating circle map depending mostly on your minimap to show where you are. For some reason human reaction, reflex, and response time is faster when using numbers and colors to identify things.

x3 seems to make more sense to me because I still meet people on a somewhat regular basis that don’t know their cardinals. Seems like you have a better chance with numbers on a clock, then you do with directions.

I get confused about Argos position. If two people get #6/#12 and it happened to be sun. What then?

Depends on the person really, analog clocks are getting less and less common these days (one person in my static needs a google image of a clock on their second monitor to look at during raids) but if you ask anyone that plays battle royal games where an enemy is they will call out a compass direction.

I’d rather use 3x but NESW makes plenty of sense, putting player 1 at 12 o’clock instead of 3 feels more natural to many. You even see that reflected in the game with mechanics like the brel gate 1 safe spots and other mechanics where 12 o’clock goes first. You also get lots of times where the area is divided into 8 like brel gate 6 shape mech, half the people in my group were calling the diagonals 1, 4, 7, 10 and the other half were calling those same spots 2, 5, 8, 11 adding to the confusion, while cardinals would have worked perfectly.

In a lot of Asian countries their cardinals are East South West North in that order, so both cardinals and 3x are actually the same for them starting at East, it’s only become an issue in global because in most of the western world our cardinals start at north.

x3 is the objectively better and the only one that makes sense and works in every scenario in the game. Cardinals is only niche uses like Argos g1. 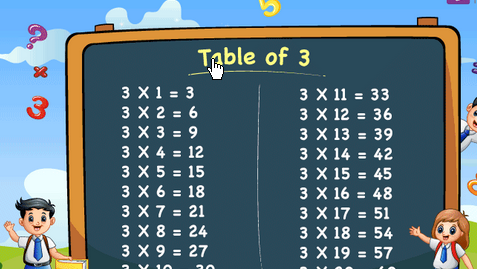 Yes they can do maths but can’t read the clock t hat’s pretty much it.

But if you can’t read a clock I don’t want you in my brel parties tbh.

Yes, it’s the same shit. Honestly either works and it doesn’t matter which is used.

Hello disssssse, since your thread is in English, I’m moving it from the French “General Discussion” section to the English one.

NESW was cringe sinse argos… finaly its over.

Yes and No.
If the people didn’t grow up with analog clock, but only dig number, then they have really problem that aren’t aware where is clock number. Nowadays analog clock is kinda outdated for newer generation. It has nothing do with math problem.

I experienced already in Vykas, that they confused with 3 and 9.

NESW was cringe sinse argos… finaly its over.

What’s so hard to understand about nesw? It’s not rocket science

If we’re being completely honest I prefer when people say cards/anti cards like in ff14 for explanations, but figuring out positions x3/x3+1 works best