You NEED a support for HM Vykas!

Says the supports trying to charge people just to play their class in content they need to do anyway and can’t clear without the people they’re trying to charge.
Yall cringe af. We out here speedrunning HM Vykas blind and with no supps. (All ilvl -1470) 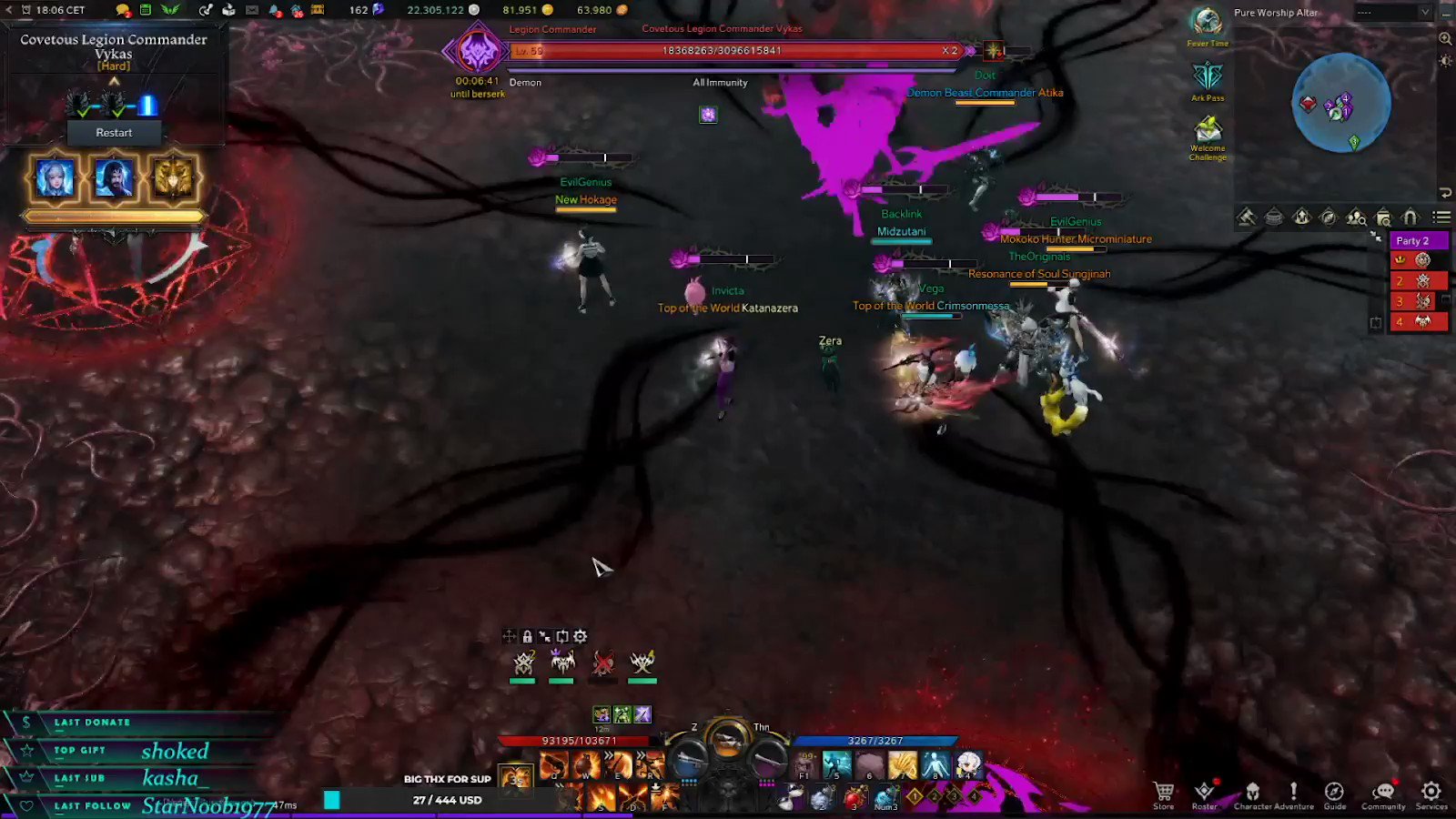 Yeah, they just all needed to be 40+ ilvl over the requirement to clear it, lmao.

The problem here is lack of context. Were these people at ilvl or above it?

Good clip showing how easy the enrage is if done properly is nice though.

That Gunslinger is at 103k HP, that’s gigawhale territory.

Yeah, and what’s wrong with focusing on our weps instead of armor to hit the ilvl? As a dps class that’s the perogative… Some of us had relic stones and 1-6 relic accs. I have 0 relic accs.

In my group I had a couple of Sorcs with 1470-1480ilvl, decent armor quality and they didn’t even have 90k HP. Gunslinger is around the same.

You can literally see the food buff that gives 5k+ hp above hp bar… Guess you’re too new at the game to understand that there are buffs that give hp. Mb for assuming you knew.

Still +3 equipment levels over the recommended.

And comms in Russian? Yeah, sure that people from the region where the game has been out for years are doing it blind now.

Also, when did aprx +3 over ilvl become “giga whale” ?

My bad, not gigawhale. Giga overgeared.
Go into the raid with 1460 ilvl, then go with even 1475, let alone anything higher. The damage difference you take is huge.

I’m also 1477, besides the point. I said already, bad wording from me.

U def dont need support for vykas, its all one shot mechanics, and she only has a few normal attack patterns that are very easy to avoid.

Support is good for doing it the first time but after that 8 dps better. Blue GL still good for the stagger, counter and can take out 2 tentacles with awakening tho

Nothing outside of you are telling the average player who would be at +18 all that they don’t need shields/heals for the fight, which while technically true the fight is going to be much harder in general.

Nobody is saying you must have a support to play the game, they are saying your experience while progressing through new content is a much more enjoyable experience with one.

It isn’t just about heals. It’s about absorbing hits that might have knocked you down, soaking explosions that would force the party to TS/Pot, etc.

People downplaying the need for a support is just as sad as the shortage of supports itself.

Support is good for doing it the first time but after that 8 dps better.

This is where you’re wrong.

There’s literally no chance 4x DPS does more damage than 3+1 support if we assume they all do the same damage. Not even close. Especially when supports get full Yearning set.

That would mean you’d have armor under the required ilvl and die in 1 hit to all bigger attack if you’ve got grudge.

Im talking about now, after u learn the mechs u dont need support. Noone will have the yearning set currently

People downplaying the need for a support

Not downplaying the effeciency of a support. Just showcasing that you can 8 man dps HM Vykas with a group 2.50 - 10 ilvls above the req. It’s merely a statement do discourage people from paying gold for supports to do exactly what they’re doing; playing the content they need to. It’s simply extortion.

I said even without yearning set. That just makes it not even close.

Bard is even better for burst, less for sustain damae.